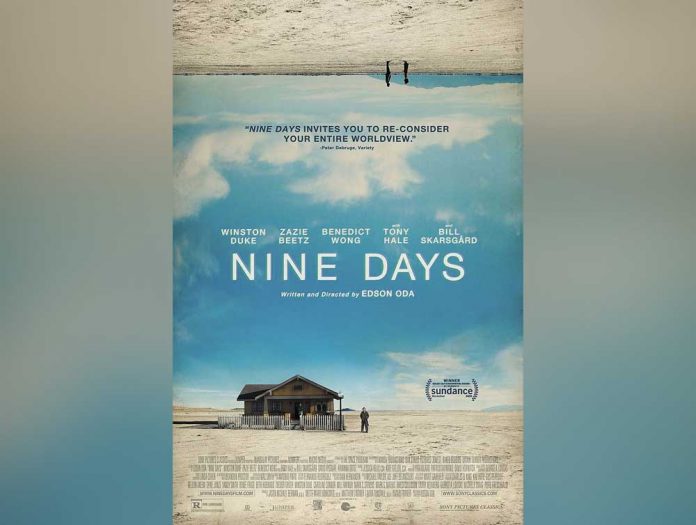 It took only four months to see Nine Days. The week we went into lockdown was the week I was scheduled to see a critics’ screening of the film. So, to say I was eagerly looking forward to finally seeing it is an understatement.

It was worth the wait.

If you consider the best films to be those that make you think, ponder your existence, and then debate it with your friends, then Nine Days is the film for you. Indeed, the premise and concept of the film is probably better than the execution of the film itself.

The basic premise is of souls competing to be placed into newly born human bodies, and the selector of the souls facing his own existential crisis when one soul he places meets a tragic end. It begs more questions than it asks, like who selects the selectors and how are the souls generated in the first place? Also, what’s the point of the exercise when so many humans, indeed all of them really, are imperfect? Did the chooser of your soul make the right decision?

So, it doesn’t really matter that the film has plot holes in abundance, falls flat in the middle, and embraces 1980s technology for no apparent reason except to trigger further debate with your friends. What does matter is that the film’s legacy lingers in your consciousness, makes you question pretty much everything, and is a great way to end months of naval gazing on the couch.

Rating: Four days later and still thinking about it.