Where the Heart Is 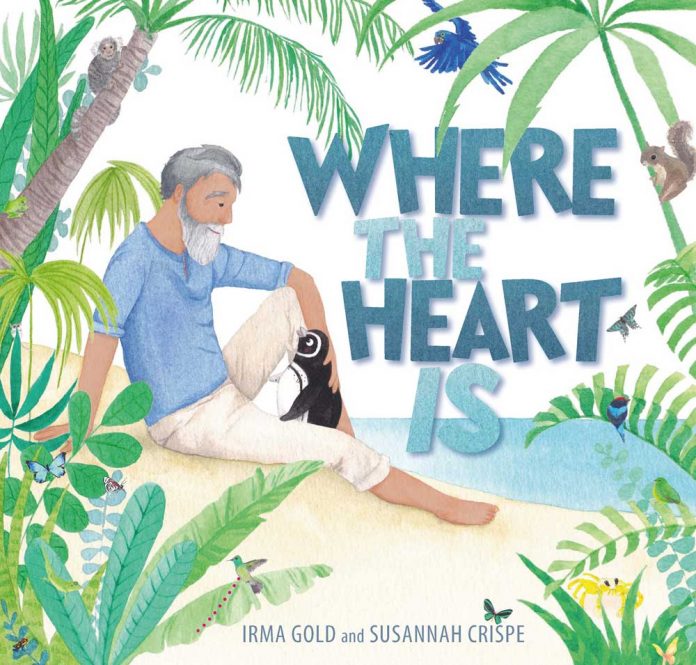 Where the Heart Is
Irma Gold and Susannah Crispe
EK Books, $24.99

The backstory to this heart-warming book is a beauty.

Author Irma Gold was inspired by a newspaper piece about an oil-drenched Magellanic penguin chick that washed up on an island outside Rio de Janeiro in Brazil and was rescued by an islander named Joao who named him Dindim.

The close bond the pair formed meant Dindim spent eight months of every year with Joao then swam an extraordinary 8,000 kilometres to the Patagonia coasts of Argentina and Chile.

Enter illustrator, Susannah Crispe, who had travelled through South America and been taken by local fishermen to the Islotes de Peñihuil off the coast of Chile where she’d spent a magical time watching Magellanic penguins going about their day in amongst Humboldt penguins, ducks, gulls, shags and terns.

She’d also spent several weeks exploring Brazilian beaches and islands and decided Ilha Grande, Joao’s home, was by far her favourite place in the region with its pristine beaches and flourishing jungle.

“I completely understand why Dindim returns to the island every year. I would too, if I could!” she says.

For us, now, the best part of the backstory is that Gold and Crispe found one another and collaborated to bring Dindim and Joao’s incredible story to life. Their clever partnership has created a winsome and wonderful book that children aged 3 to 7 should connect with and cherish.

Crispe’s illustrations are fresh but never overwhelming; her use of watercolour and digital collage conveying a tenderness that supports Gold’s eloquence.

The end papers are divine and I also found the plates that feature Dindim bonding with his penguin buddies in the rookery and then swimming away again compelling. The pages on which the penguin-related action is shown in three segments are ingenious in that they reveal time passing without beating the reader over the head with it.

The Teachers Notes emphasise touchpoints for learning, which include: discussing the oil spill that almost kills Dindim; increasing the awareness of the dangers faced by Magellanic penguins (a near-threatened species); and exploring how to respect wild animals and their habitats.

One suggested activity is to “act like a penguin with large motor movements including flapping wings, twirling, waddling, jumping, rolling into a ball, and sliding on your tummy” which I think sounds excellent.

Where the Heart Is offers insights into the comfort to be found in friendship, and the strong bonds that can form between humans and animals. A rare bird of a book: light and deep in equal measure.