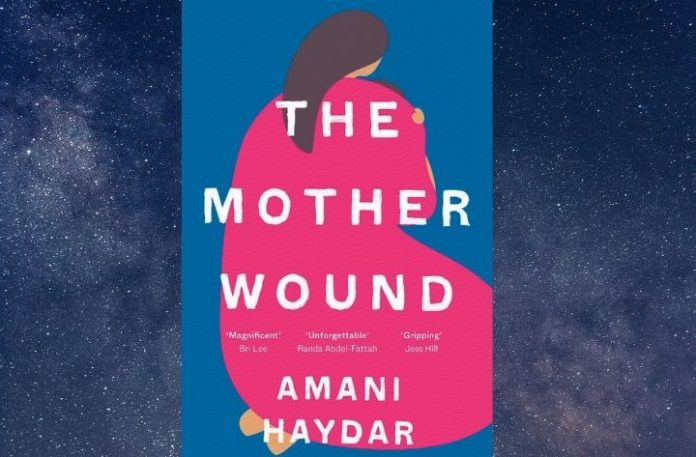 Losing a beloved family member is never easy, but what’s it like when your mother is brutally murdered – by your father?

In March, 2015, Haydar Haydar stabbed Salwa, his wife of 28 years, over 30 times, injuring their 18-year-old daughter Ola as she tried to stop his rampage.

The Mother Wound, written by Amani Haydar, Salwa’s eldest daughter, is about her mother’s murder and its aftermath. It is, however, also about a great deal more: the emotional abuse that so often endures for years before physical violence; the tendency of family members to minimise the culpability of a perpetrator; the pressure on victims such as Amani and her sisters to fill certain prescribed roles and the dilemma faced by the author fearful that her story would fuel ethnic and religious prejudice, as her family come from the often-maligned Lebanese Muslim community.

Amani’s prevailing memory of her parents was that they were “incompatible”. Theirs was an arranged marriage, and Salwa was 13 years younger than husband Haydar.

After Salwa’s death, Amani begins to re-examine those childhood memories, realising increasingly that her father continually criticised and demeaned Salwa. Learning more about domestic abuse, she begins to identify patterns that convince her that her father’s actions were indeed part of a long-term abusive pattern, not a sudden impulse beyond his control (as argued by him and his lawyers).

We learn that Salwa’s mother, Amani’s beloved grandmother, also died violently, in an Israeli air strike in southern Lebanon. (The incident, Amani learns, was investigated as a war crime because of evidence that civilians were targeted.)

The Mother Wound is harrowing, but it also unflinchingly shines light on the darkest of subjects. Amani Haydar has described numerous episodes that, in retrospect, were probably red flags warning of her father’s potential for violence. As a child, she was too young to understand their significance. Her memories support much of what is increasingly being recognised about abusers. Many are law abiding – until they aren’t. Many use words as weapons – until they use force. Many blame the victim – when the victim is no longer here to defend herself.

Amani, formerly a commercial lawyer, never set foot in a courtroom after her father’s trial. She has devoted much of her time and energy to preventing domestic violence and supporting its survivors. An artist as well as a writer, she exhibited a self-portrait in the 2018 Archibald Prize, in which she holds Salwa’s photo, who in turn holds a photo of her mother.

A minor quibble: The book is slightly marred by occasional sloppy editing: “illicit” instead of “elicit”, “their” in place of “they’re” and so forth, minor distractions but unfortunate in such a powerful book.

Salwa Haydar was one of 103 women who died by domestic violence in 2015. The Mother Wound is both a tribute to this remarkable individual and a plea for our society to do more to prevent others from suffering her fate.