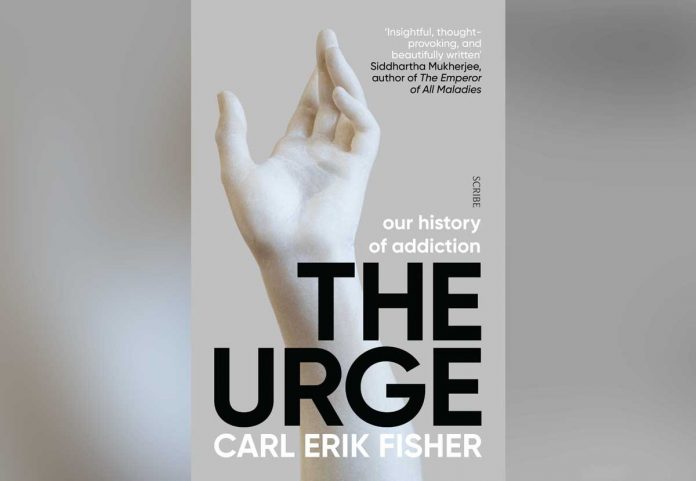 “For every complex problem there is an answer that is clear, simple – and wrong,” quipped the journalist and humourist HL Mencken over a century ago.

If there is one overarching message from The Urge, it is just that: Addiction is complex; quick fixes and slogans are irrelevant; its causes are both societal and individual, and there is no one-size-fits-all treatment model.

Carl Erik Fisher, an assistant professor of clinical psychiatry at Columbia University, treats many people struggling with addiction in his professional practice. He is also a former addict, whose addiction nearly ended his career.

Fisher’s writing glows with compassion. He is painfully aware that he was one of the lucky ones – white, educated, supported by colleagues – when he ended up in the infamous Bellevue Hospital after an alcohol-induced psychotic episode.

The Urge is an ambitious book, and occasionally its level of detail can seem excessive.

Fisher presents a history of addiction and how various societies have responded to it. He examines the approaches to combating addiction, from prohibition to harm minimisation, and the philosophies of various treatment regimes. Interwoven with this, he gradually reveals his own struggle with alcoholism, which he supplemented by the stimulant Adderol when too sleepy to function.

While Fisher’s sometimes lengthy discussion of public policy is focused on the United States, the broader questions he raises are universal: is abstinence the only way forward for ex-addicts, as many programs require? Is addiction the result of genetics or of environment? Why can some people dabble in drugs and avoid addiction? Will more forgiving approaches to drugs result in more drug use? Is the philosophy of many treatment programs, which hold that individuals need to be fully “broken down” to be built up again, a useful one?

He also presents compelling evidence in favour of maintenance programs for drug users (particularly methadone and buprenorphine) as being a more realistic way to enable them to function safely and productively, and questions whether the focus on total abstinence is more about moralism than practicality. Fisher also points out how easy it is for societies to demonise drug users, particularly when they are poor (and, in the US, Black); society is more sympathetic when those affected are our neighbours, friends, children – people like us.

Fisher’s writing is its most compelling when describing his own descent into addiction. The only child of alcoholic, chain-smoking parents, Fisher was barely managing to function as a psychiatric resident (scarily, his job required responsibility for vulnerable people). Colleagues expressed concern about his tardiness, obvious fatigue and unreliability; he kept insisting that he was fine. Until he wasn’t.

He has written an important book that I wish every politician would read. “Millions … have struggled so fiercely and desperately with addiction,” he writes. “When we accept that addiction is a part of life, and that there is no single solution, we give those who are suffering a better chance for relief.”