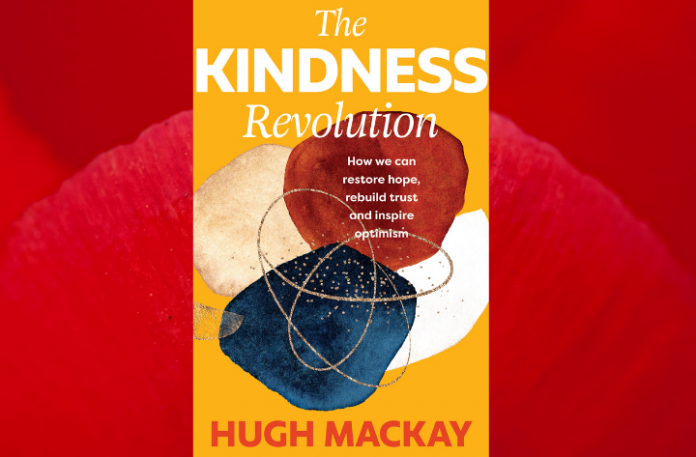 Hugh Mackay AO, author of The Kindness Revolution, has written 22 books in his 83 years. A psychologist and social researcher, he has studied and documented Australians’ lives and beliefs for decades. His Reinventing Australia and Why Don’t People Listen? introduced Mackay to a wide audience.

In The Kindness Revolution, he argues that for most of us, the best legacy we can leave is to be remembered for what we did for others. While there is little in the book that is actually new or revolutionary – after all, few of us would argue against a kinder world – Mackay uses our global pandemic as part of his evidence that we are genuinely capable of doing better in this department. He urges us to seize the moment rather than return to business as usual.

In a recent interview with Benjamin Law for the Sydney Morning Herald’s Good Weekend magazine, Mackay explained that despite an imperfect record, there is ample hope for human kindness in Australia:

It’s time for us to look very hard at the events of 2020 … and the extent to which people were prepared to make personal sacrifices in the interests of the common good. On a huge scale, we acted kindly, compassionately and respectfully towards each other.

Mackay believes that people are capable of great kindness, and that the Covid pandemic demonstrated this. Most people, most of the time, made sacrifices for the common good, mainly by staying home. In many cases, though, they also reached out to neighbours and rediscovered the importance of community.

The kindness revolution he proposes is more than the weak, vague idea of “being nice”. Mackay wants us to listen, respectfully and actively, including to people whose world views are different; to apologise when we cause hurt; to try to forgive those who’ve wronged us (but not necessarily to forget); to avoid cynicism and small-mindedness; to be patient with people whose cognitive abilities don’t match ours.

Published in May this year, the book precedes the latest Covid lockdowns, the recent violent protests in Melbourne, the acrimony over vaccination mandates. Yet I don’t believe these recent events would change his overall conclusion.

Mackay contends that few of us will be remembered for our inventions, creations and discoveries. Instead, our legacy will rest on how we treated others. In his own case, two teachers – Mr Ritchie and Miss King – had an enormous influence on him far beyond the subject matter, and some 70 years later, he remains grateful to them.

“The goodness we’ve contributed to the world … doesn’t die with us but reappears in acts of kindness performed by others whose life we once touched,” he concludes. While we might sometimes despair of the difference we can make, Mackay reminds us, in the book’s final sentence: “Revolutions never start at the top.”