Artists from the heart of the Cross

Six hours after Taz lost everything in a 2018 Kings Cross fire he faced a dilemma. Would this loss push him over the edge or lead him back up the hill from Woolloomooloo to the Wayside Chapel?

At Wayside that night Taz used the fire’s emotional fuel to spark a moving piano composition. Last month, he played that work to a capacity crowd at the launch of the Art from the heart of the Cross exhibition at 107 Projects in Redfern.

Listeners were captivated by the haunting tune and also surprised to learn that Taz had never received any formal musical training. They gave him a huge round of applause, which he welcomed warmly.

The 9th Medically Supervised Injecting Centre (MSIC) Art Show features a diverse array of works by Taz and others who’ve benefitted from MSIC’s openhearted and medically sound approach to reducing harm from drug use.

James, for one, was pleased to have his works exhibited and to learn he’d won two prizes for his paintings “Sucks2BU” and “Death by Gecko” (the latter the MSIC staff favourite).

“There are so many wonderful artworks here!” he said, revelling in the praise, and nudging viewers to bid on the works in MSIC’s online silent auction.

Alex Greenwich MP said that at each year’s launch he’d bid on one or two artworks he admired and use the images he’d secured on Christmas cards for friends and colleagues.

MSIC was also the institution he was most proud of in his Sydney electorate, he said, and knew many people in the room had campaigned to make it a permanent fixture.

“It is a space that not only supports people in need without any judgment whatsoever, it also celebrates the community from MSIC, as we have seen on show today, with the Art from the heart of the Cross exhibition.”

Tracy Burton, Executive Director of Uniting, said MSIC, established in 2001, was the first injecting centre in the southern hemisphere. She recognised the courageous leadership of the Rev. Harry Herbert (then Executive Director of UnitingCare NSW/ACT) who – amid heated public controversy about the centre’s purpose and location – said, “We’ll put our hand up: We will create MSIC, because Sydney needs it, Australia needs it.”

Dr Marianne Jauncey, the Medical Director of MSIC, said the late Rev. Ray Richmond, who’d served as pastor and chief executive of Wayside Chapel, was another early pioneer who’d set up the Tolerance Room in 1999 to ensure people had a safe space to inject and receive support as they grappled with their addictions.

“But MSIC is not about tolerance,” she said. “It’s about embracing and celebrating the people we spend our lives with – taking the time to build relationships so that people know we’re here when they’re ready and wish to seek assistance.”

Dr Jauncey told the audience at the exhibition launch she found it grounding to be among people who shared many of the same values and to be able to reflect on what it was to create something, to do a piece of art, because, as one of her colleagues Matt had said to her, “it is an intrinsically human endeavour and it is part of what makes us human to be able to create something beautiful with intent.”

She said, “I hope that, in sharing some of that today, we all have a little bit more of a sense of connectivity, and affection, and respect, and admiration for all the people in this room.”

Ms Burton said that in its 18 years of operation Uniting MSIC staff had supervised more than a million injections; managed over 9,000 overdoses and had not a single death; and had referred 16,000 people who used drugs on to health services and welfare agencies to try to help them.

MSIC had also provided the strong foundation from which Uniting and the Uniting Church could advocate for the essential drug law reform needed in New South Wales and across Australia, she said.

Central to this advocacy is the Fair Treatment campaign led by Uniting in NSW/ACT, which aims to reduce the harm caused by personal use of illegal drugs:

Ms Burton said feedback received from the artists involved in Art from the Heart over nine years showed the difference such an opportunity could make in people’s lives as they worked together creatively, shared their stories and insights, and felt heard at a deep level.

“It’s this focus on seeing the whole person in trying to help the overall health and wellbeing of our MSIC clients that underpins the Uniting Church and Uniting’s desire to make an impact on drug law reform.

“We have many partners in this endeavour and we are advocating for more reform and the availability of more treatment.” 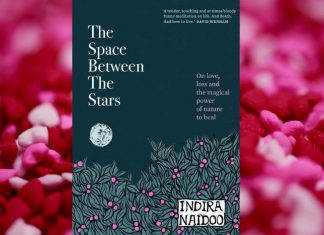