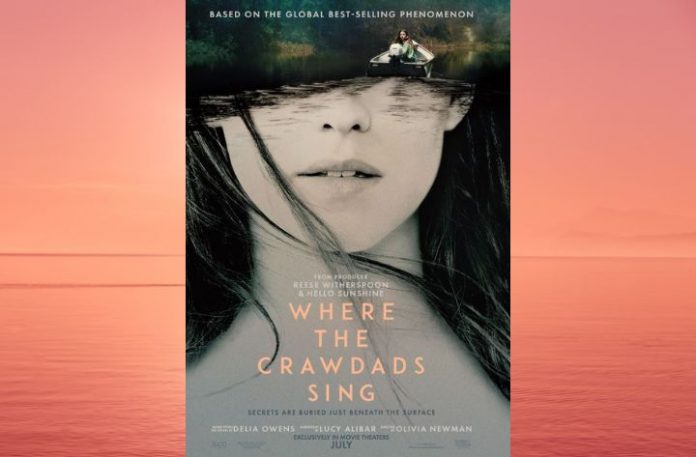 Where the Crawdads Sing may be the ultimate teenage date film, but that doesn’t mean it’s any good. Indeed, it’s all the things that make it such a perfect date film that contribute to it being drawn out, laboured and unsatisfying.

Even the basic premise of a young girl who managed to raise herself in a dilapidated house in the swamp yet somehow grows up with perfect teeth and radiant skin means it tends to irk. Then there’s the core storyline of a mystery death where the facts don’t add up even after the “twist”, and a courtroom drama that lacks any drama.

It’s really a case of what could have been. There are so many adult themes here – domestic violence, environmental destruction, racism and sexism – that are only loosely touched upon even though they are massively significant to the context of the plot. They are treated as side issues so the focus can be on young love. Admittedly, this is probably deliberate.

I understand the book of the same name was a huge hit not just with teenagers even though it was considered to be “young adult fiction”. Reviews describe it as gritty, poignant, absorbing, atmospheric and excellent.

But movies only go for 90 minutes or so and getting bums on seats is more important than making a good and dramatic film that tackles the big issues. So, unless you’re aged 13-19, keen on someone and only vaguely aware of some of the world’s most pressing matters then probably best you head to your local bookstore.

Marjorie Lewis-Jones - August 2, 2022
Ray Lawlor’s characterisation of the four doomed characters in Summer of the Seventeenth Doll is complex and their changing relationship nuanced, and the four actors in the Genesian Theatre's iteration fully meet the challenge.