U3A – windows on a world of wonders

Sydney U3A (University of the Third Age) is a not-for-profit volunteer-based organisation providing continuing education for people who are no longer in full-time employment. Courses and talks are conducted in a relaxed environment and participants are given opportunity to form enduring friendships while learning something new.

A notice on the U3A website dated March 18 advises that courses are cancelled until at least June 30. Membership will be extended by the period of the shutdown. In lieu of classes, the SSH offers this peek through one of many U3A windows on a world of wonders.

In early March, at the invitation of SSH volunteer Eleanor Boustead, I attended a U3A lecture at the Epping Leisure and Learning Centre on the history of Iran. Material for the nine-week course was prepared by Dr Ian De Mellow. On the occasion of my visit, Ian’s highly competent grandson James gave the lecture entitled “Iron Age to 21st Century”.

There were 30 or so present for this two-hour event, which included a short break for refreshments. We learned a great deal.

We learned that Iran is the 17th largest country in the world, measuring 1,684,000 square kilometres, and the 16th most populous, with about 70 million people. Topographically, its sizable mountains form frontiers and enfold cities.

We heard that archaeologists have found human settlements that date to the Upper Paleolithic Age, beginning about 40,000 years ago. Throughout the region, and including the Fertile Crescent, between the Tigris and Euphrates rivers, the milder Neolithic climate encouraged the harvesting of wild cereal plants. The hunter-gatherer tribes began to give up their nomadic lives, settled down in villages and began to domesticate goats, sheep, cattle and pigs. Limestone supplied grinding stones and mortars. Copper was discovered and used to make simple adornments. Trade commenced in Anatolia, Afghanistan and the Persian Gulf, for obsidian, turquoise and seashells.

The Bronze Age emerged in north-western Iran around 4000 BCE, an era of technological, political and cultural change. In the Fertile Crescent it saw the emergence of the Sumerian period, with the establishment of many city states including Uruk, Kish, Ur, Nippur and Isin. Each had a population of around 10,000.

The Iran we know today shares borders with Armenia, Azerbaiijan and Turkmenistan (to the north), Turkey and Iraq (to the west), Afghanistan and Pakistan (to the east). The southern border is 1,770 kilometres in length, along the vital sea lanes of the Persian Gulf and the Gulf of Oman.

Like many parts of Australia, Central Iran is experiencing severe serial drought events. The data indicates an impending environmental disaster. There is substantial dependence on ground water, supplied by 600 aquifers. Only about 12 per cent of Iran’s total land area is under cultivation, yet Iranian agriculture is a prodigious supplier of foodstuffs and specialty fruits and vegetables, with farming skills developed over thousands of years.

We learned that Iran sits on 94 billion tonnes of proven and potential mineral deposits, placing it in the top 15 mineral rich countries of the world. It holds 7 per cent of the world’s mineral reserves and Iran’s oil resources are immense. The country contains 102 oilfields and 43 natural gas reservoirs. In terms of conventional oil reserves, Iran ranks third in the world. It has the second largest natural gas reserves, after those in Russia.

The United States has been sanctioning Iran since November 1979, in the aftermath of the Islamic Revolution. In May 2018, the US withdrew from the multinational joint Comprehensive Plan of Action (known colloquially as the Iran Nuclear Deal). The sanctions regime is hurting Iran economically.

As we go to print, Iran has been severely affected by the Covid-19 pandemic. According to government reports from Tehran, more than 65 million Iranians have been screened online for coronavirus symptoms as part of nationwide efforts to contain the spread of disease. 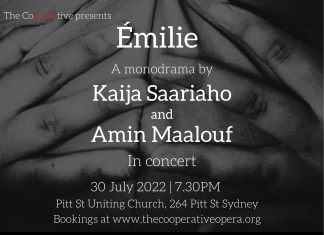