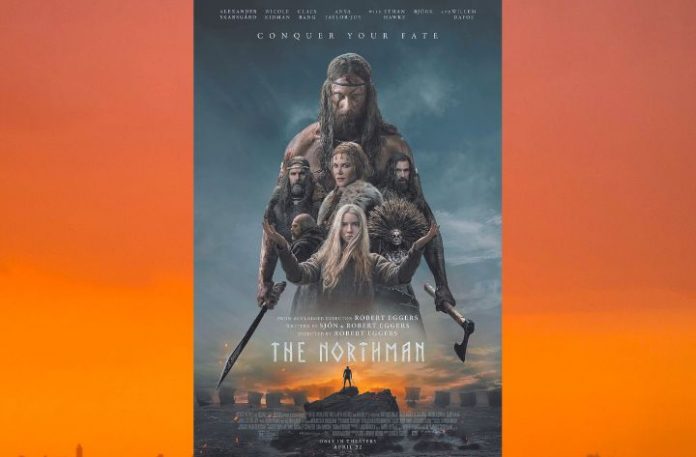 If your taste in film is Shakespearean drama, Tarantino level violence and Viking legend then The Northman hits your sweet spot. For the rest of us, there’s still plenty to like so long as you can deal with graphically realistic cinematic blood and gore and thousand-year-old Viking practices that range between the surreal, the extraordinary and the horrendous.

Perhaps the most interesting discussion point about The Northman is the fine line between gratuitous violence and historical accuracy. Context is everything in this debate. The Northman claims to be based on real Viking history – the “landnámsöld” (the age of land-taking) and the Danish historical legend that inspired Hamlet. Indeed, almost everything in the film is Norse mythology such as raven familiars, catching spears mid-air, pickled heads and almost every piece of clothing.

There is almost no CGI to ensure historical accuracy and everything was built on set, including viking long-boats, villages and swords, although all the men are hairless and buff with perfect teeth (a realism problem I also had with The Power of the Dog).

So, the argument goes that if the legends are full of murder, rape and pillaging then so should the film. Indeed, if it wasn’t for the level of violence then the amazing battle and fight scenes wouldn’t have nearly the same impact on the viewer, and the extraordinary final battle scene, the culmination of what is ultimately a straight-forward obsessive revenge drama, wouldn’t work at all.

And if that’s too much for you then there’s always the Marvel Studios Thor series where buff bodies, perfect teeth and computer animation are essential and expected. And dull.