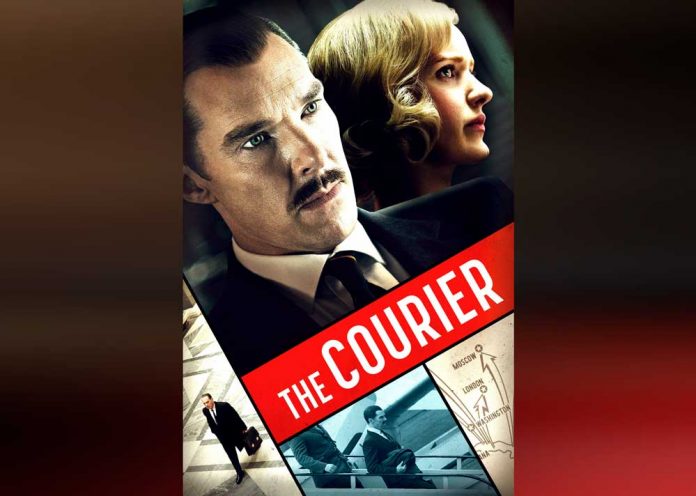 Benedict Cumberbatch clearly wants to be the next, or perhaps the first, James Bond. He’s now starred in three spy thrillers, Tinker Tailor Soldier Spy (2011), The Imitation Game (2014) and now The Courier. Each film was set decades ago, so perhaps he’s pinning his hopes on a James Bond prequel series set before Ian Fleming wrote his first Bond film, Casino Royale, in 1952.

If The Courier is any guide, then Cumberbatch’s Bond will be a bit of a reluctant hero and a traditional cloak-and-dagger type spy but more cloak and less dagger. There won’t be any womanising and not a lot by way of gadgets, but he will dress well, speak poshly and know his way around Eastern Europe. The plot will be simple and insightful and the performances will be solid.

Bond films, of course, are totally fictional, even if Ian Fleming drew on some of his knowledge of the spy game from his planning and oversight of two intelligence units during WWII.

The Courier, though, is “based on a true story”. Cumberbatch’s Greville Wynne really was a businessman recruited by MI6 during the Cold War to undertake Soviet Union intelligence gathering activities. And Oleg Penkovsky (played by Merab Ninidze) really was a high-level Soviet official who passed on nuclear missile secrets to Western agents, including Wynne, and paid the ultimate price.

The Courier won’t interest my kids. It’s nothing like Mission Impossible, Bourne or, of course, Bond. The truth is rarely as interesting as the imagination of film studio and marketing executives looking to maximise profit. But it is more important and deserves to be told, even if my kids won’t listen.