Student writes his novella in a year

What commitment did the Novella Project involve?

I was blown away to be offered the chance to be involved in the year-long workshop that would allow participants to create a novella, have help editing it, and eventually get it published. My commitment included my mum driving me to Bankstown every Sunday so I could discuss my work with SSF volunteers, take part in exciting activities that were made to get the mind thinking creatively, speak to other students who were writing their novellas, and spend hours writing out chunks of text that for a while made no sense whatsoever.

How did the workshops fuel your writing?

Every week felt like a new experience! At one special workshop at The Martian Embassy in Redfern we met several editors of Southerly, a renowned writers’ magazine. That was fun because I brought along two projects: the novella and a fantasy novel that was a work in progress. The two editors expressed interest in both but, over the coming weeks, I chose the first chapter of the novella as the work to submit. 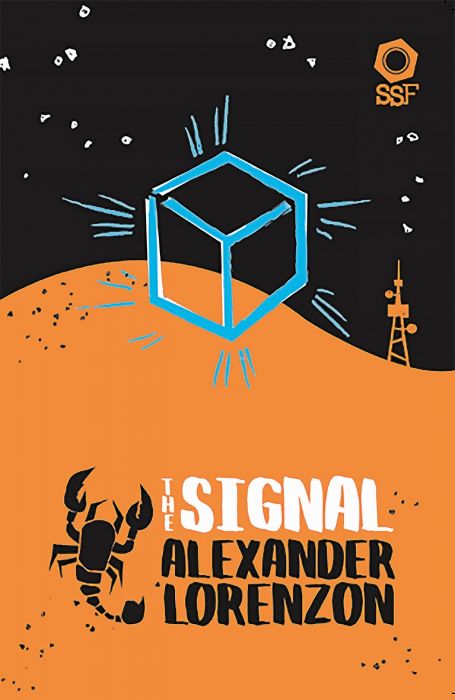 Who helped most to develop your novella?

Without Richard, Bilal, and Allison at SSF, I would never have been able to finish The Signal. They assisted in editing, developing, and refining my novella into what it is now. They approached problems in the story logically and offered appropriate solutions.

The books that got me interested in writing several years ago were The Lord of the Rings by J.R.R. Tolkien, The Inheritance Cycle by Christopher Paolini and The Ranger’s Apprentice and Brotherband by John Flanagan.

What was hardest about writing Jasper’s story?

I did hours of research to write accurately about the spaceship’s trajectory and how the spacecraft would need to be designed to cope with those speeds. The plot of decoding the signal took a while as well, as it required me to have a good think about how the message would be transmitted. Characters seem to come quite naturally to me, as I base them loosely on people I meet. The broader plot started from Mum saying something along the lines of “What if a kid in the outback heard a signal from outer space?”

What was the best thing about being involved?

The best thing was meeting so many kind-hearted and caring people, who were willing to sacrifice time and effort just to make us better writers. For that, I am eternally grateful.

What can be done to entice young males to read more?

Our class at Canterbury Boys’ did a slam poem workshop (with SSF) on a favourite character from Romeo and Juliet. I picked Mercutio. I found that many people in the class, particularly those that don’t read often, were enjoying themselves and having fun doing English.

How did it feel to have your novella published at 15?

Once the book was in print, a strange calm settled over me. I felt great that I had accomplished such a feat at a young age, but I also felt humbled at what I had learnt over the course of 2017 with the SSF.

In 2018, I’ll work on finalising a fantasy novel, which has been in development for four years. In the first half of the year, I hope to send it off to a few local publishers in Sydney.