REDFERN: With One Voice (WOV) choirs, which aim to foster relationships between people from all walks of life, are seed funded throughout the country by Creativity Australia. WOV Redfern has over 40 members from across the Redfern, Waterloo and broader community: social housing residents, Aboriginal and Torres Strait Islander residents, and people who simply live or work in the city and love to sing.

Rehearsals began on April 1 this year and the choir, led by conductor Mary Kiani, was officially launched at Redfern Town Hall on July 29. A crowd of around 200, including Aunty Anne Weldon (MALC), Jenny Leong MP, councillors Jess Miller and Jess Scully, and representatives from Health and Housing, was treated to the choir’s full repertoire, which includes “My Island Home”, “Tutira Mai Nga Iwi” and “Chasing Cars”.

Aunty Laura Sabatino, a resident of Redfern and founding member of WOV Redfern, said, “The launch was a great success. Everyone stood up and sang together and people in the audience could really feel our vibe. They could feel where we are coming from.

“There are people in our choir from all different cultural backgrounds with all sorts of things going on but we come to the choir each week and sing. We value whatever someone can offer. A lot of us are really passionate about music and that shows in what we have created together.”

Kelvin Coe, another founding member, said, “With One Voice started down in Melbourne. They have about 14 choirs in Melbourne. There’s one up in Brisbane, one in Wollongong – and sometimes all the choirs get together!”

WOV Redfern rehearses every Monday night from 5.30 to 7pm at Redfern Town Hall.

According to Mr Coe, the WOV Redfern launch was one of the best ever. 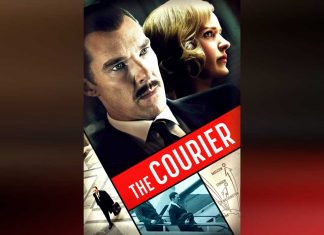 Lindsay Cohen - May 5, 2021
The Courier is “based on a true story”. Benedict Cumberbatch’s Greville Wynne really was a businessman recruited by MI6 during the Cold War to undertake Soviet Union intelligence gathering activities.