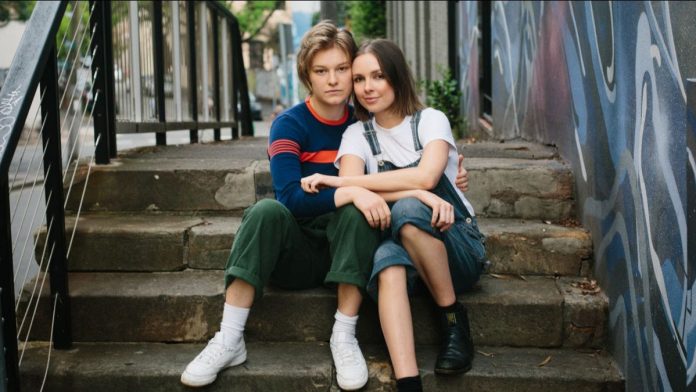 Romeo and Juliet is SheShakespeare’s third all-female production, following upon an intense Macbeth (2018) and a sparkling As You Like It (2017). Reimagined by an energetic team, headed by Shelley Casey and music director Prudence Holloway, William Shakespeare’s most well-known and loved tragedy, Romeo and Juliet is given a dynamic, refreshingly contemporary – but just as heart-wrenching – makeover.

Transplanted to Oxford Street Sydney the narrative is set in 2001 – a critical time for the LGBTQI community. One the one hand, there was a far greater public acceptance of LGBTQI people and their issues but on the other hand the Howard government was strongly opposed to the recognition of same-sex marriage. In this context, the Capulets are a very conservative and excluding family, whereas the Montagues hold more progressive and tolerant values and R&J becomes the story of teenager Juliet Capulet who falls in love with young Romeo, a daughter of the Montagues. They cannot be open about their relationship, but marry secretly, hoping that in time Romeo will gain recognition from Juliet’s family.

R&J’s impulsive and passionate young lovers are a truly captivating pair. Romeo (Audley Anderson) is endearingly convincing as a vulnerable and fragile youth in love with the idea of being in love, and the pleasures of melancholy. Teased but loved by his rowdy mates who are more partial to McDonald’s and sexually charged banter, he half-heartedly joins in the escapade that leads to his first encounter with Juliet (Ruby O’Kelly).

O’Kelly is sweetly innocent, unsure of what is expected from her, poised awkwardly and lovably between childhood and womanhood but nevertheless conveys an inner strength so that we are unsurprised when she reveals an independence of spirit and courage. Her authenticity contrasts with the shallowness of her dithering and self-important nurse (a role well understood by actor Tricia Morosin), and the ineffectuality of her subservient mother (a strong performance by Ebony Nave), and intensifies the poignancy of Juliet’s hopes for adult understanding.

The important supporting roles of Mercutio (Alexandra Fricot), a good friend of Romeo but neither Montague nor Capulet, and Tybalt (Kian Pitman), Juliet’s cousin, impressive in their contrasting ways, are particularly well cast. Mercutio is played with attractive daring and braggadocio, but still conveying an intriguing depth of character that gives her sacrificial death a greater impact. Pitman brings the aggressive Tybalt to fiery life, her every movement conveying a restless anger, always looking for an object to vent itself upon.

There is so much to praise in this performance. Benvolio, the good friend who survives, played by Sarah de Possesse who projects an innate good sense and good humour along with a capacity to indulge in teenage turbulence. Eleni Schumacher is suitably ponderous as Friar Lawrence, and brilliant as Juliet’s capricious angry father who cannot bear resistance to his will. The minor character of the apothecary (Jenae O’Connor, who doubles as a maternal Ms Montague) has the right degree of hugger-mugger.

The interpolations into, and omissions from, the original script make for a unified, compact performance although a witty aside notes that Shakespearean Act Ones can be confusing. The musical additions – Prudence Holloway’s musical directions and performance skills much appreciated – contribute to the contemporary feel and vitality of the whole. Invited to join Holloway and Pitman in opening the performance with a rendition of “Toxic” by Britney Spears, it’s enlightening to find the lyrics relevant. 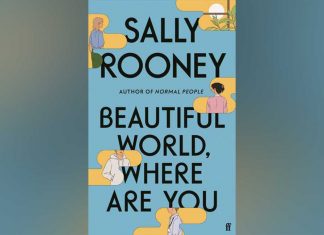