Recognising achievements of women in the music industry 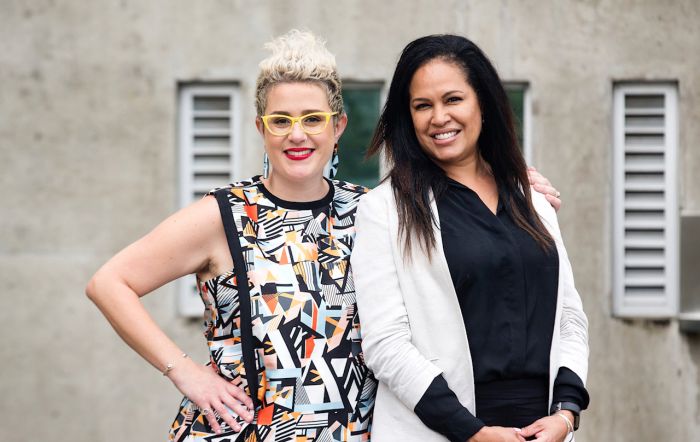 Focus is increasing on the under-representation of Australian women artists on the radio, in festival line-ups, as award recipients and in the boardrooms of our industry. “History is finally on our side,” said Vicki Gordon, Redfern-based music producer and AWMA founding director. “We need to grab this moment with an open and united heart.”

AWMA patron Jenny Morris believes AWMA is long overdue. “My feeling is that women and female minority groups have well and truly served their time as the under-valued, under-estimated and under-supported element of our music industry. I know there are vast numbers of men who support women and huge numbers of women who want more, so together let’s create the mother of all paradigm shifts.”

AWMA patron and ARIA winner Deborah Conway says the awards present an opportunity to recognise the diversity of contributions from women in the industry. “There is still a degree of reluctance to acknowledge the enormous breadth of genres that Australian women have occupied. In establishing dedicated awards for female musicians, AWMA provides whomever is given a gong with another opportunity to reap some publicity for their creative enterprise.”

There will be significant focus on First Nations and culturally diverse female artists and practitioners to ensure the entire program is inclusive and diverse, including a First Nations reception to welcome ATSI women who will travel to Brisbane from remote and regional Australia. “AWMA provides unprecedented opportunities for our Aboriginal and Torres Strait Islander sisters. This is a change maker,” said Christine Anu, AWMA advisor, artist and broadcaster.

AWMA advisor, refugee advocate and hip-hop MC Kween G said, “AWMA ensures that we remain visible, celebrating women is everything. I feel excited for what’s to come from this important work and I am truly honoured to be involved.”

AWMA will present the Queensland premiere of the Australian music documentary Her Sound, Her Story and host a series of forums and keynote speeches to explore and promote gender and cultural equity within the Australian music industry as part of the two-day event at the Brisbane Powerhouse. “As a professional music photographer, it’s fabulous to see an initiative that will finally give women, both artists and all the incredibly dedicated women working behind the scenes, the long overdue credit that they deserve,” said Michelle Grace-Hunder, co-producer of Her Sound, Her Story.

Beyond the awards, AWMA will establish an honour roll to acknowledge outstanding women who have made significant and lasting contributions in their chosen field and paved the way for change.

Poignantly, AWMA carries the posthumous endorsement of two of Australian music’s most cherished, pioneering and respected artists, Chrissy Amphlett and Ruby Hunter, with kind permission of their families.

AWMA is a long time coming but arrives with the gender-tide turning. The Australian music industry will never look the same again.