Poetry on the piano – an interview with Anton Korytnyj

Anton Korytnyj (pronounced Koritni) is a dynamic and talented composer, pianist and vocalist. Drawing on a wealth of experience in many genres to create a fresh and unique sound, Anton will be performing “Poetry on Piano” at the Seymour Centre’s Sound Lounge on Friday September 27, from 8pm, as part of the Sydney Fringe alternative arts and culture festival.

Anton received a diploma of classical piano performance at 17 and was a member of Jimmy Barnes’s band at 21. He has also played with INXS. His diverse work in musical theatre includes the Johnny O’Keefe stage show, Shout! The Legend of the Wild One starring David Campbell. In 2016 Anton was the hand double for Michael Fassbender in the Ridley Scott film, Alien: Covenant. For this role he performed “Entry of the Gods into Valhalla” by Richard Wagner on a Steinway.

You sometimes perform as part of a “duelling pianos” act. Could you explain how that works.
“Duelling pianos” is a popular form of entertainment from the USA that is gaining popularity in Europe. The term doesn’t refer to different songs battling at the same time but rather to the combination of musical instruments on stage. There are two grand pianos set up on stage facing each other, which are played by two singer/pianists. A drummer usually accompanies this pair of entertainers. Throughout the evening the two pianists take turns in singing/leading songs that have piano solos and improvisation incorporated. “Duelling pianos” always has an emphasis placed on audience participation and comedy.

You play and write in a great variety of styles, inspired by many sources. How does this variety relate to the subject matter of your work?
In my latest body of work, “Poetry on Piano”, I draw inspiration from the Western world’s great poets. Some verse I set to music and turn into song while other poems I re-imagine as instrumental tone poems that convey the sentiment of the words through sound. The experience I have acquired in multiple genres allows me to paint with a much broader musical palette than if I were schooled in only one style.

I recently set to music William Blake’s poem, “The Marriage of Heaven & Hell”. In parts of the poem the mood is furious and frenzied – “the just man rages in the wilds where the lions roam” – here I employ forceful rhythmic passages on the piano, influenced by my years of rock and roll performance. Other sections of Blake’s text are quite whimsical – “on the barren heath sing the honey bees” – here I create a musical accompaniment that is light and delicate, reminiscent of Mozart.

The completed work is a collage of multiple techniques whose sections transition with the aid of strong melody and a musical panache that reflects the sentiment of Blake’s poem.

I have always been drawn to instrumental music that aims to convey an abstract concept such as Vivaldi’s “Four Seasons” and Holst’s “Planets Suite”.

When I undertake instrumental composition I love the challenge of transforming text into music, and telling a specific story through the use of melody and harmony. Though music cannot provide a listener with specific details and plot points, it can impart an emotional impression of the narrative that resonates in ways words never can.

Do the classical, romantic and rock influences combine? Is there a way to describe that?
The numerous techniques and genres I have acquired over the years combine in all my composition and performance. When I used to play rock and roll gigs, people would ask me if I was classically trained. This was because although what I played was unquestionably rock music, the judicious application of technical scales and arpeggios suggested a classical training.

Similarly, when I perform my contemporary classical compositions, it is decidedly classical/romantic music but contains smatterings of rock rhythms and blues-influenced melody. I suppose you could describe my style of music as cross-genre but I like to think of it as modern classical.

What do you most appreciate about Sydney Fringe?
What I love most about Sydney Fringe is how every facet of Sydney’s creative community is afforded an opportunity to present their show to an open and appreciative audience. This year there are productions of circus, theatre, dance, spoken word, classical, experimental and many others. Sydney Fringe flourishes in a wonderful niche among the other music and arts festivals in NSW and provides favourable circumstance for many acts that would otherwise go unseen. 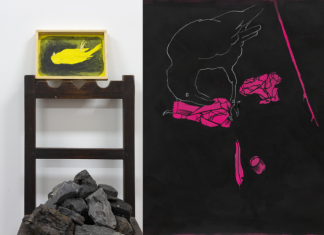