Pleasure are an improvisational band from Sydney/Eora, comprising Adam Connelly (synthesizers and vocals), Jonathan Boulet (bass guitar and fx pedals) and Hugh Deacon (drums). They blend distortion and dissonance with lightness in a well-oiled chaos.

The band have performed two six-hour improvised endurance shows, where they perform in the round, in a warehouse, and additional musicians sub in and out.

What does ‘pleasure’ mean for the band?

“When I came up with the band I was going through an existential crisis and I realised that pleasure is central to everything in my life.” When Adam got the three of them together they all played in a few bands so didn’t have much time. He thought that the only way the band would work is if they “cut out all the unpleasurable parts of being in a band”. So they cut out the rehearsing, the pain of trying to “finish” a song, as “finishing it is a grind,” whereas “playing and improvising is the pleasurable part”.

Tell us about the concept behind the endurance show?

“It sounded cool. When I was a kid my parents took me to see Barrie Kosky’s production of Oedipus at the STC and it was an eight-hour opera. It was insane, there was a choir of naked men with huge red dildos, and after five hours the audience was so worn down by it, they were ready to go along with anything.” He wanted to recreate that experience for an audience. “I freaked out before the first show, like what will it be? But it worked out really well. It made more sense than any other performances for the band. There is a countdown timer on the projector and as it’s such a long show people can come and go, stay for a few hours or the whole thing, it makes it more interactive for the audience. We will keep doing it. We want to do a longer one next time.”

How was the most recent endurance show?

“It felt easy, it felt short. For the first show Jonno and I didn’t take any breaks, we were onstage playing the whole time but Hugh, the drummer, did sub in and out [due to how physically demanding drumming is], but this time he only took one break. It’s great how people we have never played with before walked in with no rehearsal, the courage of them to come and play is amazing. Jos does the visuals for the show, written commentary projected. There’s a risk of coming across as very serious, with this kind of show sometimes it’s shit, that’s the nature of improvised music, we don’t take ourselves too seriously. The text and visuals took the edge of it.”

How do you find the editing process – is it at odds with the band?

“When you make cuts it feels wrong or like lying but you have to make it listenable. Jonno is always threatening to release the full six hours. We don’t do any dubbing, we try to maintain the moment, only a little bit of fixing it up. We try to preserve it.” 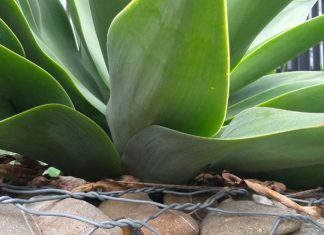