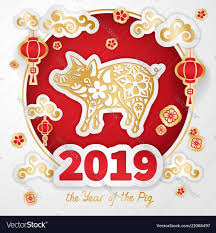 So looking to the year ahead and what hopes and dreams it may offer for our country, what might Buddhist members of our community wish for? Happiness, welfare and peace are obvious wishes that anyone would put forward, so we need to look a little further. Perhaps this annual expression of optimism reminds Buddhists of a popular text: the discourse on auspicious signs. In this text, a deity appears to the Buddha saying that many gods and people always look for auspicious signs, can he say what is the most auspicious sign. The Buddha’s answers cover a wide range of life’s concerns from domestic to cultural and spiritual.

The first sign is not to serve (associate with) fools, but to serve the wise. This cautions us to be careful from whom we take spiritual guidance and has clear relevance in areas of community leadership. This isn’t an easy ask in modern times, when we are bombarded by a plethora of views about social and political affairs. The internet has opened up the popular phenomenon of “social media” that allows anyone to propagate an agenda. Regardless of political position, in an election year we might hope and pray for both good and wise outcomes. Throughout history, life in human culture has been dominated by two principal forces: power, in the form of the rule of kings, dictators and democratic governments; and love, in the form of the guidance of religion. Both agencies have tended to adopt the roles of the other.

So our hopes for the country for the year might be for kinder and wiser leadership in political, religious and cultural life.

Politically, a wish that the loudest narrative in our governments be the voice of unity, not division. In some countries that we are closest to, there is deep division in leadership, the US and Britain being foremost. Australia has its divisions, but our wish is that we may not suffer the same degree of unhappiness in our country. Religion plays a large part in the life of our country and freedom of religion has been a matter of political debate in recent times. We might wish going forward that what we respect is freedom of religious belief and faith, not freedom of “religious” prejudice.

Culturally, the text on auspicious signs mentions “care for parents, spouse and children” and “helping one’s relatives” in the context of social life. Not profound, but quite an essential part of a healthy society. Perhaps our hopes and dreams for the country in these respects might be realised through having care for the legacy that we are creating for our children, young people and future generations.

A Buddhist aspiration is to learn to “see things as they really are”. That means to see the realities of how this changing world is constantly being created by changing conditions. The climate of this world is subject to changing conditions. It always has and always will be changing. Currently it is rapidly changing in ways that threaten the stability of much more than weather: our ability to sustain a culture. So, for our year ahead, a variation on an old prayer: May we have the wisdom to see what can be changed and the courage to do what is needed. Buddhists have joined with other religious groups in a call for action on climate. Perhaps now that part of the old prayer calling for the patience to deal with what cannot be changed is less relevant; other than to remind us to act constructively, not impulsively.

Let’s conclude with a chant that is popular throughout Buddhist communities: “May all beings be happy.” This fundamental wish comes out of the heart of Buddhism, which is to bring an end, through wisdom and compassion, to suffering. That is to bring to an end the predicament of many forms of suffering that we, with all other kinds of beings, find ourselves in. May we find inspiration in the many acts of kindness that this wish invokes. Happy New Year!