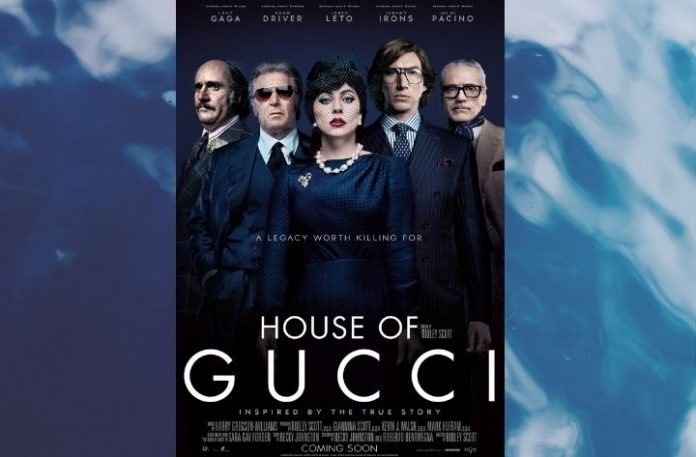 House of Gucci is so much less than the sum of its parts. Yet individually each part is excellent. Lady Gaga, Adam Driver, Al Pacino, Jeremy Irons, Jared Leto, Salma Hayek and more all brought together by the renowned director of Alien, Blade Runner, Thelma & Louise, Gladiator, all their sequels and prequels and so much more. The acting is superb, the accents spot on, the style exquisite and the tone is suitably Commedia dell’arte, an Italian comedic theatre style popular in the 16th, 17th and 18th centuries (yes, I had to look that up).

Yet it doesn’t work.

How does a legendary director working with legendary actors, each with mantlepieces heaving with awards, manage to take a fascinating and multi-layered tale of an immensely wealthy family’s decline and descent into extortion, murder, corruption and feuding and end up with a disjointed, inconsistent and confused screenplay?

So, I have some theories on this.

All the other films I listed above are fictional. House of Gucci is “inspired by a true story”. Fictional tales are works of art at every level from writing to storytelling. But a semi-non-fictional tale has boundaries in time and narrative, truths that need telling and the weight of history to deal with. By corrupting a true story that would make for a great documentary so that it could fit a simpler and more standard movie arc, Scott has mangled everything so much that very little works.

And with so much on-screen talent, their history and status become more a focus of the film than the film itself.

House of Gucci is worth looking at, but it’s not worth watching.