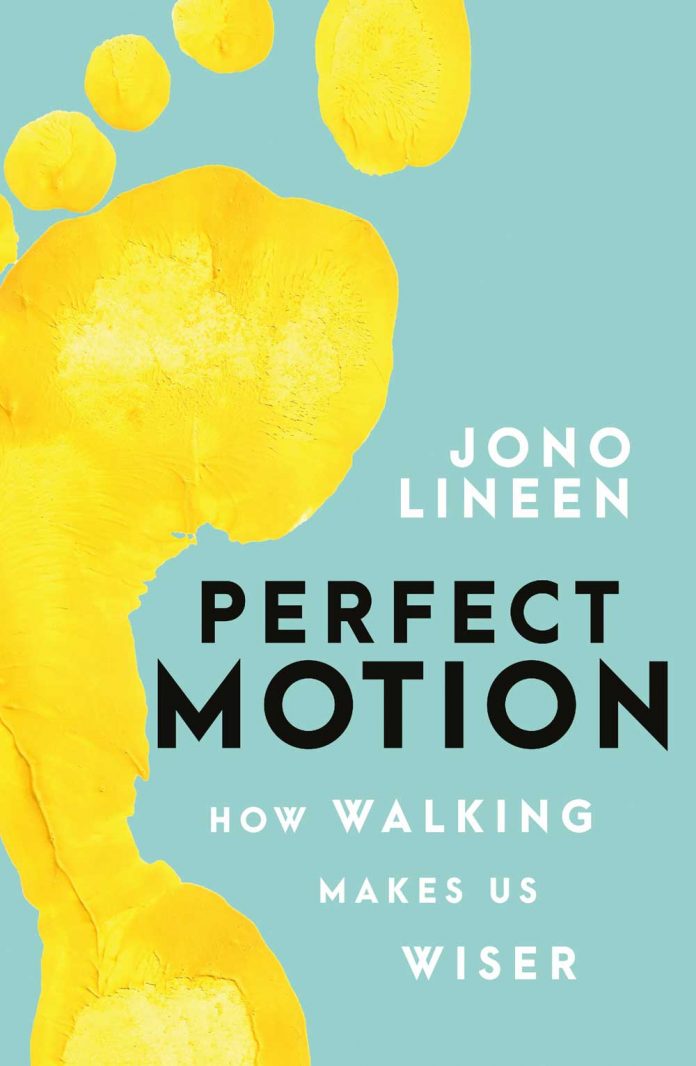 Five questions answered … by three books and two other sources.

Can walking make us wiser? After the loss of his younger brother, Jono Lineen, trekked 2700 kilometres across the Himalayas. He felt revitalised. Why? Perfect Motion: How Walking makes us Wiser probes evolutionary research, psychology, neuroscience, anatomy and philosophy to get to the nub of how pounding the pavement boosts our sagacity and creativity. Lineen writes, “Just about every major thinker has understood, consciously or unconsciously, that our most basic movement is a key to unlocking hidden powers. Jesus, Buddha and Muhammad wandering in the wilderness.” Virginia Woolf marching Bloomsbury’s streets. Sneakers on!

How do polar bears stay warm and cool? In Arctic Dreams Barry Lopez says that on land a polar bear is protected by a thick underlayer of dense wool and a layer of guard hairs about six inches long that are so hard and shiny they appear synthetic. They are also hollow, which means that the bear’s fur stays erect and doesn’t mat when it is wet. Because of the open spacing and smoothness of its guard hairs, a bear can easily shake free of water before it freezes. A layer of blubber keeps it warm in icy waters. Polar bears get rid of excess body heat through their claws and footpads.

What book can help kids discuss domestic violence? Crystal Kite Award winning picture book, At the End of Holyrood Lane (by author Dimity Powell and illustrator Nicky Johnston) uses an allegorical story of an anxious young girl called Frick and her fear of storms to provide a safe space for discussion about domestic and family violence. For ages 3 to 8, the illustrations are gentle, plus there’s a teacher’s guide. As the blurb says: “Few picture books available today address this volatile and woefully prevalent aspect of society without overt explicitness or didactic overtones.” This book is an exception.

Where can I learn about the effects of intergenerational trauma on Indigenous Australians? National Apology Day is commemorated annually on February 13 and encourages remembrance of – and apology to – Australia’s Stolen Generations and those whose lives have been affected by past government policies of forced child removal and assimilation. The Healing Foundation’s excellent animation here https://tinyurl.com/tbyn2eu helps us envisage the cycle of Intergenerational trauma that predominantly affects the children, grandchildren and future generations of the Stolen Generations. The foundation’s website also offers free resources to promote understanding and foster healing.

What’s some good news about nature? This magical photo (portion pictured / licence CC BY-SA 4.0) by Sven Damerow shows a banded demoiselle hovering near a dandelion’s seed-head and was awarded first prize in the recent international Wiki Loves Earth photography competition. Wiki Loves Earth focuses on “protected” areas, like nature reserves, landscape conservation areas, national parks, that make up a large proportion of the world’s natural heritage. The contest asks photographers to contribute their work to Wikimedia Commons, a media repository which holds many of the photos used on Wikipedia and the Wikimedia ecosystem.