Five memoirs of the moment 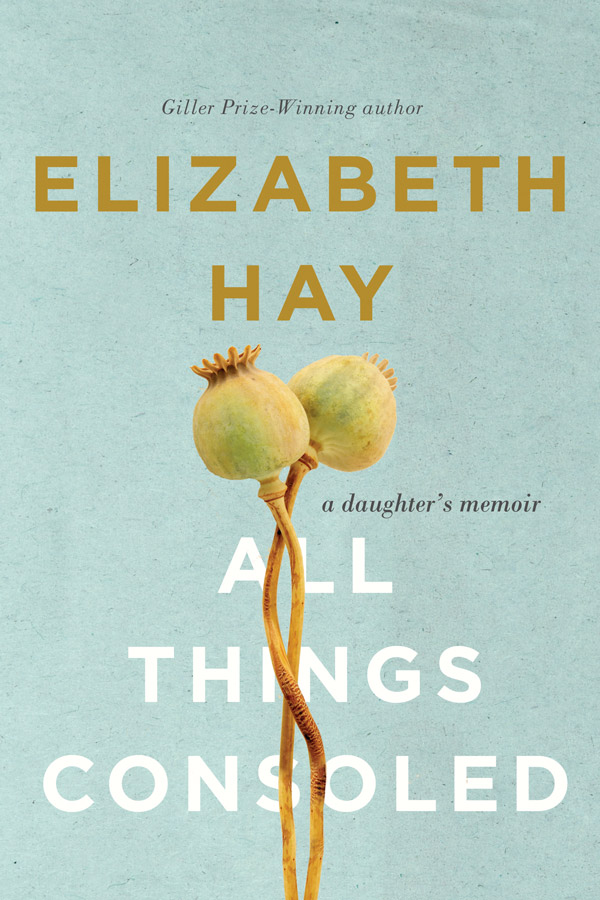 Trust me: these books are more than misery memoirs …

Daughterly consolation
“People live on, I thought, thinning themselves out until you can see right through them. Except for those who don’t, like Lexi, who died in his fifties.” This is from Elizabeth Hay’s brave and beautiful memoir All Things Consoled about caring for her parents in the lead up to their deaths. It is also a soulful consideration of her life as their oldest daughter. Hay’s first foray into nonfiction hooked me (as most of her novels have too). The book also won the 2018 Hilary Weston Writer’s Trust Prize for Nonfiction.

Her erratic family
The Erratics is another memoir by a daughter doing her best in the face of her parents’ decline – but it’s a world away from many such memoirs, with its gallows humour and tart tone. Despite being estranged from her parents, when Vicki Laveau-Harvie’s elderly mother is hospitalised unexpectedly, she and her sister travel to their parents’ isolated ranch home in Alberta, Canada, to help their father. Their mother has been starving him and squandering his money. This brilliantly taut tale won the 2019 Stella Prize – so grab your copy.

My beautiful ruin
“My map, my Sistine Chapel, my Lonely Planet, my beautiful ruin, my volcano” is how poet Nina Riggs describes her mother, whom she lost to multiple myeloma in the same year she learned her own breast cancer was terminal. Riggs was 37, and the mother of two young sons – and she writes of her life and last years with passion and poignancy. A last gift for her boys in their evolution without her. In This Bright Hour, Riggs holds past and present together vividly in her prose.

Am I human?
An unexpected breakup with the boyfriend she was about to marry plunges Los Angeles-based psychotherapist Lori Gottlieb into a world of pain she recognises from those who come to her for counsel. It’s obvious she needs a therapist – and middle-aged Wendell is it. In Maybe You Should Talk to Someone, Gottlieb traces her own forays as a patient and therapist alongside a handful of her patients’ therapeutic journeys. “In therapy we aim for self-compassion (Am I human?) versus self-esteem (a judgement: Am I good or bad?).” A fascinating book.

Me too …
“Less than one in three Australian women who are sexually assaulted ever go to the police. What if we all went at once?” Bri Lee writes in Eggshell Skull, her bestselling memoir about bringing her assailant to trial (years after the assault), and her efforts to improve Australia’s criminal justice system. Working as a judge’s associate exposed Lee to cases of male sexual violence against women and girls. It also highlighted where the law fails to deliver justice and often deters victims from seeking it. Her important crusade continues.