Film – Valerian and the City of a Thousand Planets 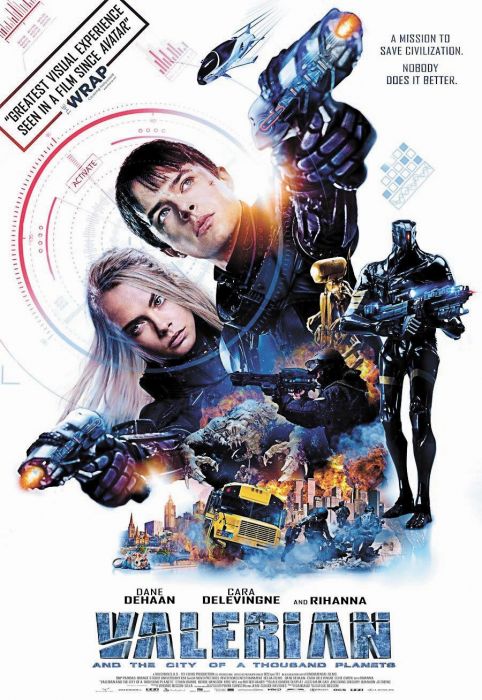 At about US $210 million Valerian is the most expensive film ever made in France (curiously succeeding the previous record holder, Asterix at the Olympic Games (2008), which cost $113 million, and Luc Besson’s other sci-fi effort The Fifth Element (1997), which at $100 million was the most expensive film ever made in France when it was made). It shows in the depth of imagination realised on screen, the beauty of other possible worlds, the graphic space opera realism of spaceships and their battles, and the ingenuity in creating 200 alien species, most of them incredibly sexy, androgynous or ugly. Think Avatar (2009) but much better and without the political agenda.

Alas, there was clearly little budget left for actors, acting lessons or story development, but that’s a minor gripe and not why you’d watch the film. Unlike pornography, even though you know how it ends, it will be worth the effort to stick around for the climax!