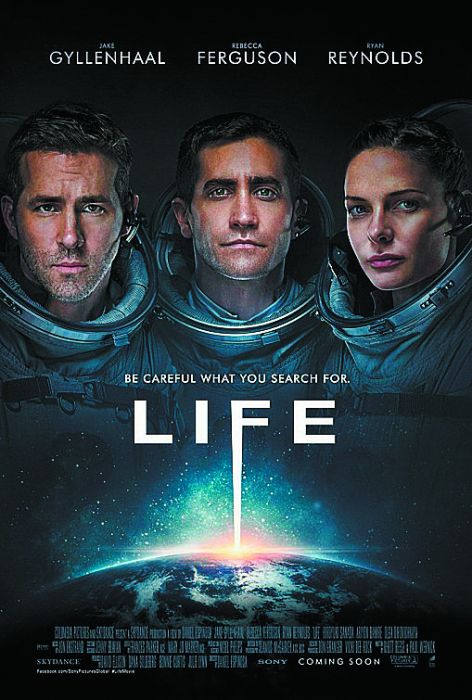 At least in Life there is a brief moment of introspection when the space station crew contemplate their alien’s motivation and conclude that it is simply a quest for survival. But then it is back to the blood sport.

Life lacks the gravity of Gravity (2013) (also set on the International Space Station but in a much more realistic fashion – at least Sandra Bullock and George Clooney didn’t seem to be suspended on strings), the scope of 2001: A Space Odyssey (1968) or the realism of The Martian (2015). It is so simple and scientifically questionable that it has the feel of a debut short film from an enthusiastic but artistically and budget challenged University Arts graduate.

Compare that to, say, Moon (2009) for what can be achieved with a small budget, a great concept, a clever idea and a tight, genuinely gripping plot.

Much like the freeze-dried ice-cream given to all screening attendees (“as eaten by astronauts on the International Space Station”), Life bears some resemblance to the real thing but ultimately leaves an odd taste in your mouth and isn’t recommended.