The Greens are now in third position in every seat, behind both major parties, but well in front of a swag of micro parties and independents including Fred Nile’s Christian Democrats and Clive Palmer’s Palmer United Party, none of whom could do better than 2 per cent of first party preferences.

It appears that there will be nine Greens senators, 26 ALP, 33 LNP and eight micro party senators, three from Palmer United (Queensland, Tasmania and Western Australia), plus Nick Xenaphon, who was unlucky not to get a second senator in South Australia, plus the Motorists’ Party, Family First, and the Liberal Democratic Party, plus one Democratic Labor Party senator who was elected in 2010 and still has one term to serve. At this stage, the Sports Party appears not to have the numbers to be elected.

In theory, the LNP could arrange the circumstances necessary for a double dissolution election and a spill of the senate, but it would be a courageous decision. The average swing to the LNP was 3 per cent. A swing of 3 per cent back to the progressive parties would see the LNP returned to the opposition benches. Even if the LNP were to win, a double dissolution election is what is called a full senate election, meaning that all 78 senate seats are vacated, meaning that the number of votes needed to win a senate seat is halved – something that would result in even more independents and micro party senators being elected. Had this been a full senate election, Xenophon would have had three senators elected instead of just himself.

The new senators will take their seats on July 1, 2014. Until then, Labor and the Greens have 40 senators, enough to win any senate vote, if they combine. The LNP currently has 33 senators. From July, Labor and the Greens will have 35 senators, if they support each other, while the LNP will have 32 senators, one less than they do now. If the speaker, who does not have a vote, comes from the LNP, then the LNP will need the support of the Greens, whose support for LNP policies appears to extend only to the LNP’s parental leave scheme and little more, or the ALP, or at least six of the eight independent senators – and this applies to every piece of legislation the LNP wants to pass. 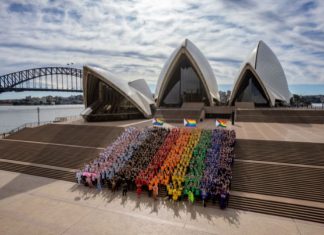