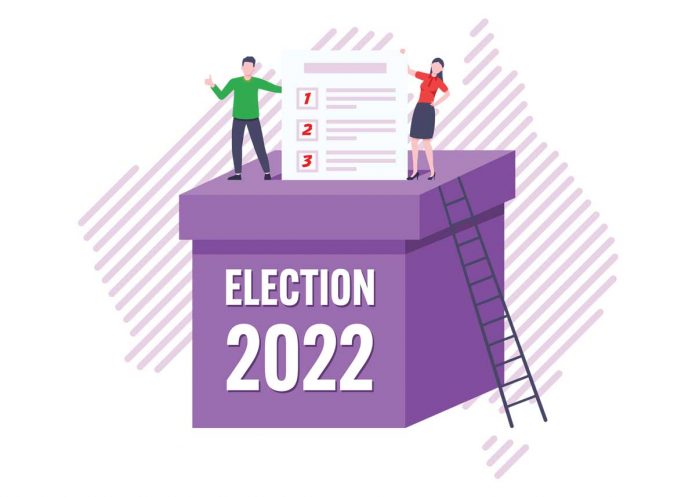 The Federal Election will be held on Saturday, May 21.

All candidates for the federal electorate of Sydney were asked what three areas of reform they would prioritise to achieve social and economic equity for the community they seek to represent. They were also asked to respond to two key prompts on housing and climate change.

As a young person trying to live in Sydney, I know many will never be able to buy a home, rents are too expensive and public housing waiting lists grow longer and longer. Sydney needs a bold plan and a massive investment in new affordable, accessible and sustainable housing.

Secondly, I would push to introduce a liveable income guarantee to ensure no one is living in poverty. This would involve an increase in all income support payments above the poverty line, to $88 a day. It also means abolishing ‘mutual obligations’ and other punitive measures designed to harm those who are most at risk of falling into poverty.

And finally, as a person who has grown up experiencing the real and structural impacts of racism, I know how important it is to fight for everyone that the political system does not respect. Whether that’s people of colour, Indigenous people, women, the LGBTQIA+ community, people in poverty, or refugees. I love Sydney. That’s why I want to fight to make it a more equitable and more affordable place for all of us.

1. What will you do to address the climate crisis and accelerate Australia’s transition away from fossil fuels to renewable energy?
The science is clear: this is a critical decade for climate action. We need to keep coal and gas in the ground. But the major parties aren’t listening, with plans to open 114 new coal and gas mines.

I want to push the next government to immediately ban the construction of new coal, oil and gas infrastructure; stop the massive subsidies to fossil-fuel corporations; and replace every coal-fired power plant in the country with renewables by 2030.

2. What is your plan for building long-term social and affordable housing stock to house people on low and moderate incomes who cannot afford market rents in our electorate?
There’s no doubt that housing in Sydney is completely cooked. That’s why the Greens have a plan to build one million affordable homes to ensure everyone has a safe and secure place to live.

I’ll fight to achieve this bold plan, which includes 750,000 homes for people on low incomes, to slash public housing waiting lists and end homelessness; 125,000 shared ownership homes, which will support first-home buyers who are locked out of the housing market; and 125,000 universal-access rental homes, to provide secure housing for more people, moving towards a genuine universal public housing model.

Fusion nuclear energy has the ability to provide abundance of energy to a growing population with minimal footprint on the earth.

2. What is your plan for building long-term social and affordable housing stock to house people on low and moderate incomes who cannot afford market rents in our electorate?
Affordability of housing is a growing concern, and this is multi-factorial. Half of the residents in the electorate are non-citizens, and potentially the everyday Australian is struggling to compete with foreign renters and home buyers. Up to now, every major party, including Labor has failed to achieve it.

Affordable housing requires a strong economy that is not saturated in certain zones. We are attempting to spread the burden out from capital cities, by introducing a 20 per cent tax concession to residents more than 200kms from capital cities. This will ease the pressure on inner-city dwellings.

Now in 2022, the unaffordable cost of living for all Australians is at the forefront of the nation’s political debate and only the Australian Citizens Party has a well-researched, workable solution.

It begins with creating a thriving, productive, physical economy with meaningful well-paid employment and opportunities for all. But this requires a public banking system, including a postal savings bank that serves the needs of the people especially where the private banks have closed their branches. A postal bank will also guarantee deposits and support the cash payment system and lend to local small businesses neglected by the private banks.

A public banking system also includes a National Development Bank to provide low interest credit for all forms of infrastructure, manufacturing, agriculture and industry and to support new technologies for the future. Only such a bank could fund a massive economic recovery, ensuring jobs for all, and facilitate affordable public housing developments, thereby making home ownership possible for young people with limited starting capital and low wages.

The Citizens Party also has legislation to protect homeowners from eviction and foreclosure in the event of a predicted housing bubble collapse, and to reorganise failing banks should that be necessary.

1. What will you do to address the climate crisis and accelerate Australia’s transition away from fossil fuels to renewable energy?
I would address this issue in two main ways. For the purpose of reducing the cost of electricity and the cost of living for Australians, I would allocate more funding to Australian universities, and encourage collaboration with industry, to research technologies which increase the efficiency and effectiveness of renewable energy which includes solar, wind, biomass, hydro, etc; and to create a national bank to fund the infrastructure needed to accelerate the transition to efficient and cost effective renewable energy.

2. What is your plan for building long-term social and affordable housing stock to house people on low and moderate incomes who cannot afford market rents in our electorate?
We first need a national bank that can provide low interest funding for “not-for-profit” property developments. To address home ownership, this national bank will then (in essence) become the funder for high density housing developments which will have capped prices limited to only be sold to first home buyers (must be individuals and not trusts) with a percentage of the stock reserved for different age groups.

To assist with rents, developments associated with this national bank would have a portion of the stock reserved for rentals and have lower than market rents.

My top concerns are addressing the climate emergency, housing affordability and peace.

The fastest growing source of carbon emissions is transport. We must make a rapid shift to free public transport, walking and cycling. Expand fast and frequent services to more places.

Tackle the housing crisis with a massive expansion of public housing. We need to build it close to jobs and services which would help reduce the transport burden too. Maintain and improve the housing stock to make it carbon neutral. Provide universal public housing with rent set at 20 per cent of a person’s income.

We need to stop the sabre rattling and out-of-control war expenditure. The current war budget is $1 trillion over the next 20 years. We must cut that by at least half and use the savings to start fixing the real and urgent problems we face.

None of this can be achieved without people power. Electing a few politicians won’t be enough. That’s why I’m representing Socialist Alliance because we know that it’s capitalism itself that is the real problem.

We will continue to help build the broad social movements that are the only chance to overcome massive entrenched wealth and power, regardless of who wins the election.

1. What will you do to address the climate crisis and accelerate Australia’s transition away from fossil fuels to renewable energy?
We are in a climate emergency. Stop fossil fuel subsidies, which cost $12 billion annually. Phase out fossil fuels by 2030. No new coal or gas projects. We need guaranteed jobs with no loss in pay for workers in those industries.

De-carbonise our cities with a massive shift to public and active transport. Electric cars are not the answer – they will still leave us with the problems of congestion, sprawl, road trauma and physical inactivity. We have EVs already: trains and trams. We need to make them fast, frequent, free and connected to more places.

New and existing buildings must be made energy efficient and not reliant on gas.

2. What is your plan for building long-term social and affordable housing stock to house people on low and moderate incomes who cannot afford market rents in our electorate?
Housing is a human right. There are currently 200,000 households on public housing waiting lists around the country and double that are either homeless or in unsuitable housing. Stop the demolitions and the Communities Plus model of privatisation. Let’s clear the lists and tackle the affordability crisis with a large-scale Green New Deal for Public Housing.

Shift away from the concept of “welfare housing”. Quality public homes should be provided to everyone with rents capped at 20 per cent of income.

Everywhere I go, Australians are telling me that life has gotten harder under Scott Morrison and the Liberals. Everything is going up, except people’s pay.

Under Scott Morrison the cost of living has gone through the roof, and he’s done nothing to fix it.

Labor has a plan to make life easier, to lighten the load for Australians, with more secure jobs, better pay, and help with the cost of living – cheaper childcare, lower power bills, and more affordable housing.

Labor will scrap the $10,560 childcare subsidy cap which often sees parents losing money when they work more, lift the maximum childcare subsidy rate to 90 per cent of the cost of care, and make child care cheaper for every family earning less than $530,000.

Labor has a Powering Australia Plan that will reduce pollution, create 604,000 jobs, and cut power bills for families and businesses by $275 a year for homes by 2025, compared to today.

Labor will create the $10 billion Housing Australia Future Fund which will build 30,000 new social and affordable housing properties in its first five years.

I’m proud of Labor’s plan for a national integrity Commission, restoring ABC funding and our support for the Uluru Statement from the Heart.

1. What will you do to address the climate crisis and accelerate Australia’s transition away from fossil fuels to renewable energy?
Creating jobs, cutting power bills and reducing emissions by boosting renewable energy are at the centre of Labor’s Powering Australia plan. This plan will bring cheaper renewable energy to Australian homes and businesses.

Our plan will create 604,000 jobs, with five out of six new jobs to be created in the regions.

It will cut power bills for families and businesses by $275 a year for homes by 2025, compared to today.

Alongside the economic benefits, our plan will reduce Australia’s emissions by 43 per cent by 2030 – which will become Australia’s target under the Paris Agreement, keeping us on track for net zero by 2050.

Each year investment returns from the Housing Australia Future Fund will be transferred to the National Housing Finance and Investment Corporation (NHFIC) to pay for social and affordable housing projects.

Over the first five years the investment returns will build around:

We’ll also have extra funding for emergency accommodation for women and children fleeing violence; upgrade remote Indigenous housing and provide homes for veterans and older women who are disproportionately affected by homelessness.

_______________
Responsibility for election material is taken by the managing editor Marjorie Lewis-Jones.