Book – In Defense of Housing 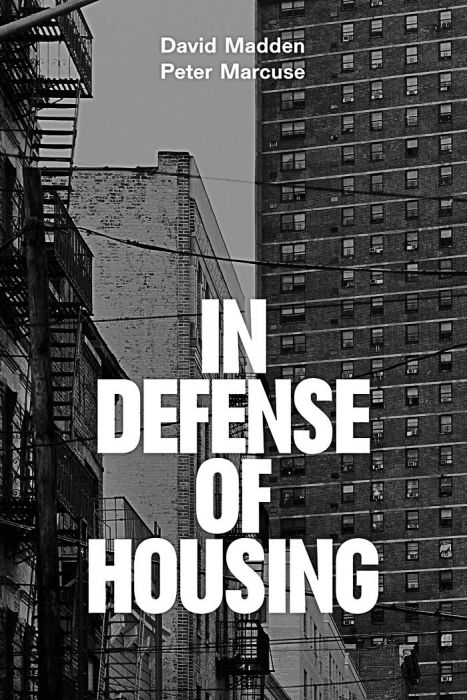 The first is that the oft-used term “housing crisis” implies that “inadequate or unaffordable housing” is an abnormal state and implies that the “crisis” is a departure from a usually sound system. However, for the unemployed and poor, housing is always in crisis so that when the term “housing crisis” becomes bandied about in the media it, in fact, reflects the concerns of middle-class homeowners and investors.

The term is generally invoked in support of granting permission to override local planning standards, for instance, on density, and to criticise the state for “interfering” in the housing market. The facts are that the amount of government money spent on assistance to poor households and public housing is small compared with the money expended on subsidising wealthy and middle-class homeowners in the form of tax deductions. It is ironic that state meddling lowers the cost of home ownership for those who can already afford it and in effect reproduces residential inequalities.

A second observation is that the oft-used term “affordable housing” has more ideological appeal than being a real contribution towards making housing affordable for low-income families. In Sydney, the program is advertised as benefitting those in the service industries such as police officers or nurses, who are paid reasonable salaries but are confronted by escalating and unrealistic rents – the real but unaddressed source of the problem.

The actual benefiters from the program are the real estate developers/private owners. Owners receive almost identical rents to those paid without the affordability requirement through subsidies, and developers use the affordability catch phrase as leverage to obtain higher density/additional height/commercial outlets. In addition, the government may transfer the responsibility for management of “affordable housing” to private companies.

Finally, the same criticism can be levelled at “urban renewal”, a euphemism for either displacing the poor and disadvantaged from the city or disguising the evidence of poverty in a wealthy society. Areas seen to be “underperforming” in terms of financial gain, for instance, Waterloo Estate, are slated for renewal under the guise of inclusion or democratisation, also known as gentrification.

While commitments may be made to relocate the displaced into new development it will come at a cost, an increase in the proportion of rental paid from minimal incomes, the transfer of tenant management into private hands and ultimately fragmentation of the overall public housing system. In addition, the state will be subsidising infrastructure that will benefit private companies.

Gradually, housing policy itself will become privatised and dictated by the need for maximum profit rather than social need for a dwelling place. Living space will be apportioned on the capacity to pay (and produce a profit), however, the capacity to pay will always be unequal. “The need for a place to live is universal” however. Unquestionably, we have enough material and technological knowledge to build comfortable homes for everyone, but instead those who manipulate the market control the housing system, benefitting a few and creating hardship for the majority. What is the solution?

In part, we need to “recover” or reclaim the meaning of the word “housing”. It means “home” not “real estate”. It means the place where we feel safe and which provides us with a sense of continuity and affirms our identity, not a means of profit-making for a global elite. It is not only the rich and powerful and those who serve their interests who “deserve” secure and decent dwelling places.