Book – Growing Up Aboriginal in Australia 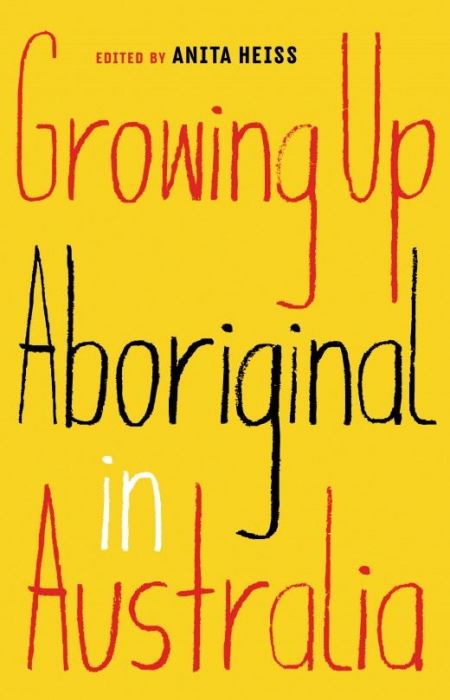 “This is Nat, she’s Abo.” That’s how a “friend” introduced Natalie Cromb to a person at a party in 2003. Their horrified look prompted the swift, follow-up comment, “but she’s cool”. It was “as if their qualifying statement removed the clear abhorrence of my being Aboriginal from the equation”, Cromb writes in Growing Up Aboriginal in Australia. Coming from a friend, it was a shock.

Spending time with her people on country helped dissolve the pain and shame of such racist slurs. “After all, we are Gamilaraay – and together we are home.”

Natalie Cromb’s story is one of 51 short and compelling memoirs by Indigenous Australians that feature in this brilliant book. Their stories cover country from Nukunu to Noongar, Wiradjuri to Western Arrente, Ku Ku Yalinja to Kunibidji, Gunditjamara to Gumbaynggirr, and beyond.

Contributions from well-known Aboriginal people, including footballer Adam Goodes, athlete Patrick Johnson, actor Miranda Tapsell, singer Deborah Cheetham and writer Tony Birch, sit alongside offerings from not-so-famous individuals who are equally articulate about the joys and challenges of growing up Aboriginal in Australia.

What quickly becomes clear from these stories is the incredible diversity and remarkable resilience of Indigenous people, despite the ongoing injury and discrimination perpetrated upon them.

Wiradjuri woman Anita Heiss, who edited the book, says, “Each account reveals to some degree the impacts of invasion and colonisation – on language, on country, on ways of life, on how people are treated daily in the community, the education system, the workplace and in friendship groups.”

Common themes emerge from the complexity. One is the damage done by institutionalised and casual racism – including white Australia’s fixation on skin tone as a “measure” of Aboriginality.

Ian Dudley, who now lives on Wirangu land, was one of many contributors told he was “not black enough to be black, always too black to be white”, and Goori writer Jack Latimore was assigned “fractions of identity”, which in his case varied between one-quarter blood and one-eighteenth blood.”

Other contributors bear the sorrow and distress of dispossession and of their own or their forebears’ forced removal from their families and cultural practices.

Connections to kin and country are celebrated throughout the anthology as sources of strength and shapers of identity.

Durumbul and South Sea Islander Amy McQuire writes of journeying to the island of Tanna and realising the importance of country, and “how land is not just a thing to be bought and sold”. “It was only on my other homeland of Tanna that I began to realise just what my identity meant and how important it was to hold on to the stories of our ancestors, to know exactly who we are.”

Arrente woman Celeste Liddle provides a direct and eloquent summary of what’s needed now to foster reconciliation. “Until this country finally ‘grows up Aboriginal’ itself and starts not only being honest about its history and the ongoing impacts of colonisation, but also making amends – for example, by negotiating treaty settlements with First Peoples – I don’t feel I will be able to completely grow up Aboriginal myself.”

Ndjebbana-speaker and teacher Alice Eather took her life before this anthology was published, and it is dedicated to her – along with “so many others who were lost too soon”.

If you only read one memoir from the book, make it Alice’s. Dwell on her poem “Yuyu Karraburru” and the beauty and sorrow it expresses. Feel her heartbreak and her hopes for her people. Hear her plea for us to find a kinder way to live together.