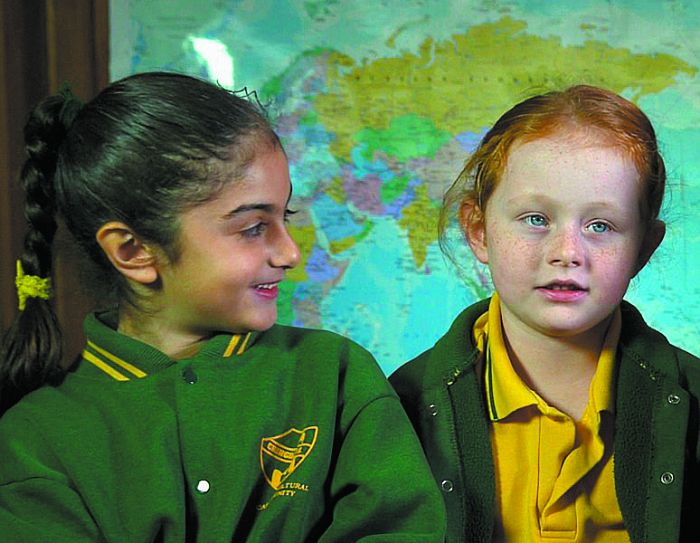 Against this backdrop, the idea of releasing a documentary series celebrating friendship across ethnic groups seemed almost naïve. However this was the challenge set for Why Documentaries director, Sandra Pires.

The result is U & Me, an unexpectedly powerful collection of short-form documentaries on unlikely friendships. While no longer than 10 minutes each, U & Me provides a glimpse into small moments that tell big stories about our community.

In one short, two farmers in Griffith – one born in Australia and the other in India – try but fail to raise crops while debating the supremacy of Bradman versus Tendulkar. In another, a mugging in Redfern gives rise to a decades-long friendship between Aboriginal elder Aunty Ali and Filipino-born Deborah.

But it is the story of Jacob and Aref that most powerfully conveys the potential of this project. Pitched as friendship between two young men in Wollongong – one a Muslim refugee and the other an atheist – the story explores the complexities of differences in belief and the meaning of identity outside of the homeland.

Aref describes his family’s journey to Australia under its humanitarian program after two of his sisters were murdered. Speaking directly to camera, Aref shares some of his mixed feelings about his family’s flight from Afghanistan. There is gratitude to God, but also a sense of dislocation from the land where his “great-great-great-greats-” lived for thousands of years. His gaze doesn’t waver as he describes his guilt over the fact that in Australia his greatest concern is whether to have “scrambled eggs or an omelette” for breakfast.

U & Me captures the warmth and authenticity of its subjects in a way that too often eludes filmmakers who strive to have a social impact. A genuine enthusiasm for storytelling was evident in everyone who spoke at the launch – from producers to politicians. It is clear that this passion will only grow in coming weeks as members of the public share their stories online.

When I left the State Library the sun was shining. It turns out that optimism is contagious.