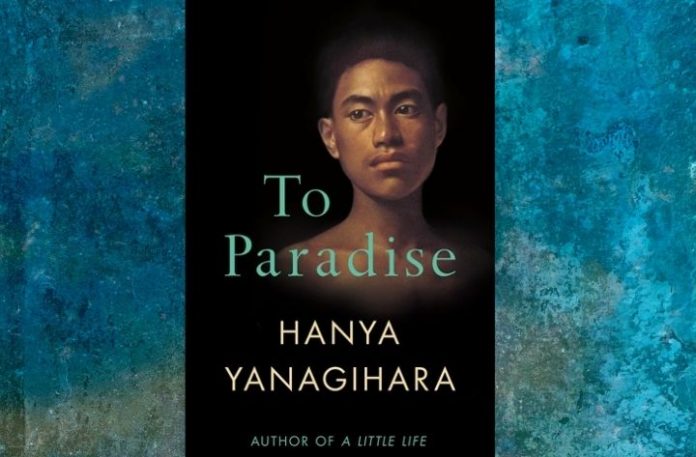 Hanya Yanagihara owes a great deal to Henry James’ Washington Square in her novel, To Paradise and not only in that it uses the venerable New York location as its principal setting across the centuries. Washington Square was made into a 1949 film starring Olivia de Haviland and Montgomery Clift called The Heiress and principally concerns a young woman who has nothing much in life to recommend her except her enormous wealth. She has little beauty, intelligence or personality and is treated coldly by her father, who rightly fears that men will be only interested in her for the considerable inheritance yet to come.

Yanagihara, in this triptych novel, is similarly concerned with marriage and wealth, particularly in the first section of the novel set in turn-of-the-century New York, which after the American Civil War has become part of a new country called the Free States, founded by the Utopians. It’s here that David Bingham, in his first iteration, waits for his grandfather to find him a suitable husband, having arranged desirable same-sex marriages for David’s two younger siblings.

His grandfather introduces him to Charles Griffith and a relationship between a David and a Charles is at the centre of each part of the narrative. While this speculative alternative reality explores a world where everyone is eventually allowed to marry freely, we are told that the indigenous population has been eradicated and the Black population exists outside its borders, in the dangerous West and North.

The second part of the novel also considers nationhood and colonialism as another David Bingham, a Hawaiian relative of the original character, considers his place in America as Hawaii loses its independence and America deals with the AIDS crisis in the 1990s.

The last section of the novel concerns another Charlie – a girl this time – in a speculative future, impacted by rolling pandemics, increasing governmental control and surveillance, climate disasters and the end of the freedoms that the Free State had once celebrated.

To Paradise, like Washington Square, artfully considers the role of identity and integrity of personhood in the formation of a country. With the characters’ changing views of what paradise entails, the pursuit of liberty, equality, love and happiness is central. To Paradise is a profoundly moving, challenging consideration of the past, present and future and how who we are as people reciprocally affects the countries we build and inhabit.