Dubboo: Life of a Songman 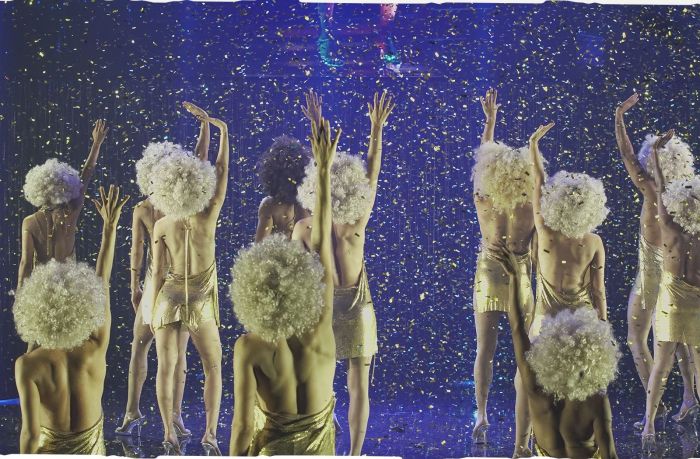 Dubboo reflects upon the complex life of Nunukul/Munaldjali man, David Page, while celebrating his creativity as composer, musician, actor, singer and drag queen. While a deeply personal expression for his brother, Bangarra’s artistic director, Stephen Page, Dubboo comes from “the collective heart” of the whole Bangarra clan for whom David composed 27 of the company’s major musical scores.

Additional poignancy is given to the excerpts chosen from Bangarra’s much-loved repertoire as they include six dancers performing with Bangarra for the last time. Wangenga Blanco and Tara Robertson give a mesmerising rendition of “Lust”, Daniel Riley offers a heart-wrenching solo of human despair in “Alcohol” and Luke-Currie Richardspn, Yolanda Lowatta and Kaine-Sultan-Babij appear the beautiful and comforting “Brolga” and “White Ochre Dreaming”. Other highlights are a compelling “Gutting” and a spellbinding solo from Tara Gower in “Feather”.

In a dream, people drift into interval but on their return, they are plunged, with huge enjoyment and delight, into a vaudevillesque world. David Page, via projection, seems to step up and take control, directing his own show, ironical and warm-hearted at once, telling his story from “Little Davey Page” to drag queen spectacular – the unique story of a proud Indigenous gay man.

On stage, the Bangarra company strut their spangled, high-heeled way through a series of crazy routines, including Miss Ellaneous, a very funny Whoopi Goldberg “look-alike”, a salute to Rocky Horror and concluding in a stampede of Tina Turners. In an incredibly ingenious use of projection, Page’s image seems to move towards us, making us believe – for a moment – that he is really present. And so he is, as he lives on in his achievement, the creation of a soundscape grounded in the past and in touch with the pulse of the present.

It is impossible to list the production credits as there are so many, but suffice to say that Dubboo, once seen will never be forgotten for its beauty, its ingenuity and its glorious disruptiveness.

The bionic eye that could help blind people navigate the world

The Freedom Hub tackles modern slavery at its roots