The Settlement was founded over a hundred years ago and moved to its present location in the 1920s when the Sydney University Women’s Society purchased the hall at number 17 Edward Street in Darlington. A vibrant community space was established serving all locals “in need”. Over the years, The Settlement became an important place of meeting for women, men and children. It also played a key role in the lives and history of Aboriginal people in the Redfern area from the 1960s onwards.

The Settlement’s community programs have included reading and literacy groups, after-school and vacation care, outreach for women and children, a men’s program which led to the formation of the Babana Men’s group, and many arts-based programs. The Hall itself has hosted many memorable social and political functions and has been integral to the running of community events such as the Chippendale Festival. The upcoming Grand Opening hopes to honour this rich history and celebrate the new ways The Settlement will serve the community in the future. 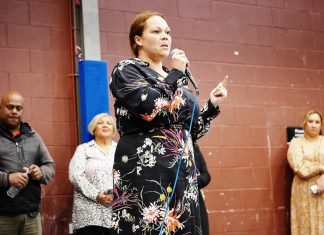