I was born in Narrabri and grew up in a little outback NSW country town called Burren Junction. Growing up way out there we always had to make our own fun. Many times that fun emanated from nights playing the guitar and singing with my mates and my sisters. It became a way of life for me and all of my family.

I wanted to be a singer but all those dreams got lost along the way when I embarked on a boxing career. Great success as a boxer saw my singing put on the back-burner till I came to Sydney to live in 1995. I met up with a cousin of mine and we started going to Karaoke nights. Pretty soon the singing bug came back and so too the thoughts of having a show to take back to the country towns where I grew up.

I started off about five years ago and really loved what we were doing. Pretty soon I had a Tom Jones impersonator, an Elvis Presley impersonator and my cousin Graham Simms doing an Aboriginal drag queen known as Nana “Miss Koori”. The show started to take off, especially in the outback towns.

Soon after I was introduced to a great young singer called Mike Tsama who came onto our show to replace the original Elvis. Mike also does a great Buddy Holly impersonation. Along with Broderick Jones as Tom Janes, Mike Tsama as Elvis and Buddy Holly, Graham Simms as the drag queen Nana “Miss Koori” and a fabulous Swedish singer Carina Barbro, The King and Queen Country Gala Show was born.

We have travelled to many venues in the country, taking our show to towns as far out as Bourke, Brewarrina, Walgett, Lightning Ridge, Coonamble, Gilgandra, Baan Baa, Burren Junction and Narrabri.

Because of my Indigenous heritage and the fact Nana “Miss Koori” was on our show, plus the fabulous talents of Broderick Jones, Mike Tsama and Carina Barbro, we played to big crowds. We especially attracted a large following among those remote area Aboriginal communities. In 2014 we were invited to open the Great Barrier Reef Spring Festival on Palm Island in Queensland. That was a tremendous experience for our show, and again we played to a large Indigenous audience.

In August we are taking off to tour all those country outback towns again. We are also hoping to go back to Palm Island and Thursday Island for their Spring festivals. While this show was formed to take entertainment to remote outback and Indigenous people, we also perform every eight weeks at Club Redfern. However, we do struggle to survive and many times this great group of people in the show have performed for nothing. They share the dream with me and just showcase their fabulous talents to entertain the people of the remote communities we travel to.

* BUDDY HOLLY and “THE KING” 1950s-style ELVIS with Mike Tsama direct from the 2015 Parkes Elvis Festival.

* Anything from CHER, DUSTY SPRINGFIELD or WHITNEY HOUSTON plus more with our Swedish “Queen” Carina Barbro Hagg.

* JEFF SIMMS singing country and your host for the evening.

In May this year the team performed a fundraising concert for the Nepalese Community, raising money for victims of the earthquake in Nepal. This was a very successful event and was also held in Club Redfern.

Upcoming shows include Club Redfern, Friday August 14, the Shillo Festival being held at Brewarrina on Saturday August 29 and Cessnock Saturday September 12, and Lightning Ridge in December to name a few. 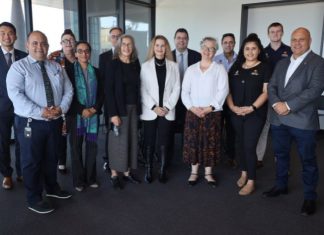 Mark Scott - June 7, 2022
People who lack the ability to use their hands from conditions like motor neurone disease and cerebral palsy may one day be able to play video games that require a handheld controller through the use of customisable, wearable 3D printed bracelets.