Swanning into schools for fun and fitness 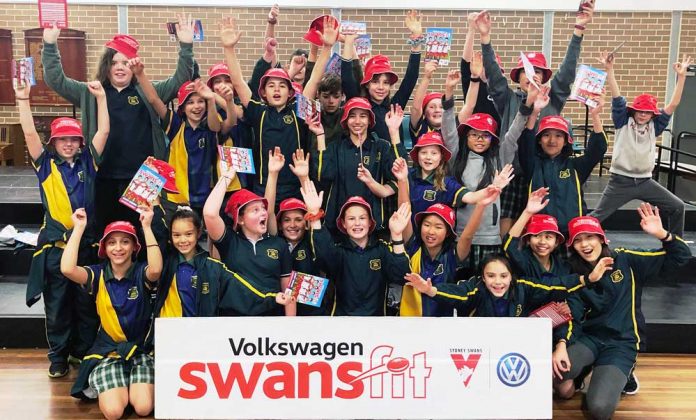 Swansfit health and fitness program is a local initiative to teach young Australians about leading an active lifestyle. Volkswagen, a major partner of the Sydney Swans since 2011 and sponsor of Swansfit, has expanded the program in 2019 to include more schools around Sydney and greater New South Wales, with the occasional surprise visit from current and former Swans legends.

The Sydney Swans have the largest fanbase in the AFL, with families supporting the club across the country. “We’re proud to keep this program on the road”, stated Sydney Swans Head of Commercial, Kelle Storey. For more information, visit www.sydneyswans.com.au/Swansfit. Registration is now open for Term 4, 2019.

Soccer accolades
Lionel Messi and Megan Rapinoe were the recipients of the FIFA Player of the Year awards on September 23 in Milan. In the men’s section, Barcelona striker Messi edged out Virgil Van Dijk, who won the UEFA player’s award in August. Rapinoe’s win capped an historic year for the United States Women’s World Cup icon. To win the title, she beat fellow World Cup winner Alex Morgan and England’s Lucy Bronze.

Fyfe triumphant again
Nat Fyfe has been awarded his second Brownlow Medal as the AFL’s best and fairest player. The Fremantle Dockers superstar, who also took home the prestigious award in 2015, was strongly fancied to poll well prior to the September 23 event. Fyfe gained an unassailable lead as the count progressed and he finished with a total of 33 votes. Geelong’s Patrick Dangerfield finished second with 27 votes, with the Brisbane Lions’ Lachie Neale finishing tied third with 26 votes, along with Carlton’s Patrick Cripps.

Marathon effort
Sunday September 15 saw perfect weather and running conditions for the Blackmore’s Sydney Marathon. The picturesque course started at Bradfield Park, Milsons Point, with competitors continuing over the main deck of the Harbour Bridge and running through Pyrmont. The course then continued on to Centennial Park, which was looped. It then progressed to the finish line at the Opera House. Well done to all local residents who participated. 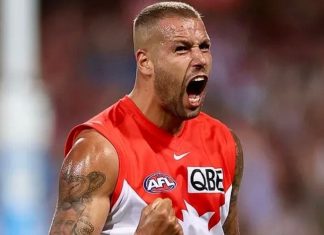