Still in his sweaty Redfern t-shirt after early morning training at the National Centre of Indigenous Excellence’s Eora Gym alongside Shane Phillips and the youth involved in the Clean Slate Without Prejudice program, Superintendent Luke Freudenstein was relaxed.

He joked that “Shane always manages to beat me to things by a day”. Earlier in January Shane’s birthday was the day before his and on the Friday before the Commander of the Redfern Local Area Command received a prestigious Australian Police Medal announced in the Australian Day Honours on Saturday, Shane was named Australian Local Hero for 2013.

Superintendent Freudenstein joined the NSW Police Force in 1980 when the NSW Police Academy was located in Redfern and has been the Commander at Redfern LAC since 2008. He supports and sponsors a number of local Indigenous young people in training programs. He has worked with and gained the respect of local Aboriginal community groups including Redfern All Blacks Football Club, the Junior Rugby League Football Association and Tribal Warrior Association.

Among the congratulations posted on the Redfern LAC’s Facebook page was one saying “All of Babana Aboriginal Men’s Group are proud to count Luke as not only a member, but a Brother!!! Congrats!!!!” 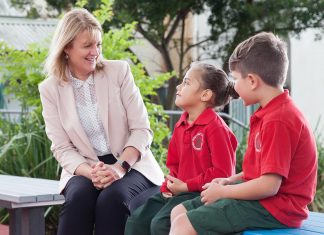