Released in Australia in July, Pokémon GO uses augmented reality developed by Google, a Google spin-off called Niantic and the owners of the original game Nintendo. Pokémon GO uses the smartphone’s camera to project the Pokémon onto the map; it relies on geo-caching to use your smartphone’s location and direct you to where a Pokémon might be. Players must then walk to the location and throw a Pokéball at it.

The game is free to download but generated $200 million in its first month and created a doubled share price bubble for Nintendo, which has since slumped. It has been released in about 80 countries so far, banned in Iran. There is a court challenge to ban it in India and the Chinese authorities are unlikely to see past their security concerns and allow the geo-caching aspect.

Clearly, many millions are playing worldwide and, like all smartphone games, there is achievement frustration built into the game play.

The fun part of the game, walking from PokéStop to PokéStop, catching Pokémon along the way, can be played without spending any money. However, if you want to speed up your achievements and points, enhancing your experience by purchasing accessories like egg incubators and extra PokéBalls will cost you US $4.99 to buy 550 PokéCoins and US $99.99 buys 14,500 PokéCoins.

In July, Niantic CEO John Hanke, who also co-created Google Earth, said that “sponsored locations” are coming to Pokémon GO as a second component to Niantic’s business model. Advertisers would be charged on a “cost per visit” basis – the premise being that the game drives foot traffic.

On the first weekend in July, after the game was released in Australia, Redfern Park was jam-packed with players. Now it seems to have settled down to a hardy few.

Joel, a 25-year-old IT worker from Redfern, plays as he walks to and from work and feels that “It’s an awesome game. Even if you don’t play it often it is something you can go outside with friends and all play together.” While David in Raglan Street has given it up as “it took up too much time”.

In the Devonshire Street Tunnel a little girl and her mother, both with iPads, were clearly having a fun time, as was a ten-year-old boy in the park playing with his dad – delighted he’d reached level two.

Although Google Maps has mapped 75 per cent of the world’s populated spaces (as of 2012) it will be only those with smartphones, good data plans and battery chargers in the countries that allow it who will be able to chase an augmented reality. There are probably tons of imaginary Pokémons in places where there is no clean running water, where people don’t have a roof over their head or have been made refugees. How much clean water, housing and safety could be bought with $200 million a month that the game generates? 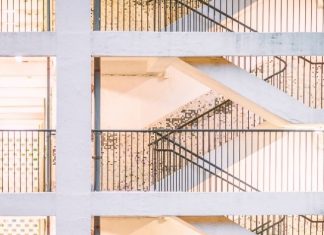