Life that rises from the dead

On the other hand, a significant number of Christians grieve for the death of Jesus Christ on Good Friday and then lift their hearts on Easter Day for a God who conquers death. They don’t particularly focus on the meaning which might lie beneath this journeying by Christ, but simply rejoice in what feels like a victory. They give little focus to the possibility that this life of Christ may be an example for faithful human living.

Of course, this is understandable as returning to life after one dies, is hard to imagine for ordinary human beings like us. But what if the message in Christ’s life is deeper and more subtle than someone being killed by those who stand against him and then coming alive again?

Could it be that, as we survey the community around us, with all of its tendencies towards prejudice, injustice, meanness and neglect of the vulnerable, in the light of an all-loving God, we feel called to take our stands against these deathly and unjust forces. It is not often easy to find the courage to take these stands. The conservative forces can be quite punishing. Those who dare to live fully as they look hate and sometimes violence in the face, naming and opposing it, are often seen as those who need to be stopped and silenced.

Of course, if we gather together and work against injustice and lack of compassion, we can hold onto each other in hope and try to care for anyone who suffers attack. Even when this is possible and sustained, we are still challenging the forces of deathly power. If Jesus had to be crucified, it was undoubtedly because he did just that. He lived so strongly and fully that he had to be stopped.

His risen life, in the face of this reality, is a message to all people that those who live out the love of God, even as they are attacked by deathly and unjust forces, can experience and add to the rising of Divine life. This may be experienced in the way more people see the beauty of new possibilities which are lived out in authentic courage and may join these forces for good. Sometimes in countries where people are oppressed, and often killed, if they stand against people of cruel power, enough people are inspired and manage to turn around the evil forces in their country. Good life arises from the dead, often at great cost. History reminds us of this.

We might well ask ourselves, this Easter, what a journey towards risen life in our country and community would look like? 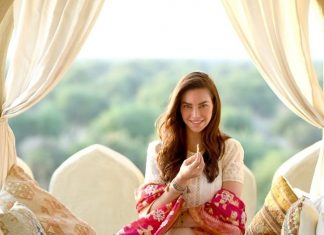 Sydney’s broad highway out of lockdown must carry us all