I was born in Adelaide and grew up in Port Lincoln. I have a twin brother and an older sister. My dad was a mechanic and my mum an infant teacher. We had a happy life, but even as a young child, I felt distressed and helpless over the extreme poverty and marginalisation of aboriginal people. That began a life-long passion to support indigenous self-determination and to oppose racism in any way I can.

Accordingly,as promised to concerned citizens , I call for a federal commission of inquiry into the Heiner Affair.

I attended State schools and graduated in l965 with an Honours degree in History and a four year Diploma of Secondary Teaching. To go to University I was bonded to the Education Department, teaching for one of three years, then taking five years to pay back a large debt. This underlies my strong opposition to saddling young Australians with the current HECS fees.

A further family experience that relates to my present policy is that my parents, who paid taxes all their lives, were deemed not eligible for aged accommodation in their home town and we had to move them interstate, where they died too soon. I learned then how important it is to allow aged people to live out their lives in familiar surroundings.

A 95 year old resident in the Rocks should be able to stay in his home as should other longterm families in that unique historic community. 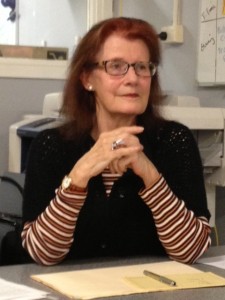 Frustration over the stagnation of social justice and disillusionment with the low standard of debate and political conduct in Australia have led me to stand as an Independent in local and state elections, and now again for the federal seat of Sydney.

A passion for social justice

If elected to the Federal Seat of Sydney on Saturday  August 7th,I will be a strong voice for local communities and for truth, transparency and accountability in government. I will not be gagged by party machines. I will use parliamentary privilege and legislative initiatives to challenge corruption, child abuse, domestic violence, cyber crime and identity theft.

My focus across the board will be for social justice and equity, particularly for Kooris, sole parents, the GLBTI community, people with disabilities and the mentally ill.

I am an outspoken supporter of the rights of same-sex couples to full equality in civil marriage, de-facto and divorce law. This is a human rights issue and a separation of church and state issue.

In the federal election of 2004 I stood as an Independent for the seat of Sydney, incensed at the Labor/Liberal collusion to insert into the Marriage Act a definition of marriage as “a union between a man and a woman.” Now entrenched, this definition will be very hard to remove. Tania Plibersek, our sitting Labor member who publicly espouses support for GLBTI rights abstained from the vote. Caucus pressures and preference deals must not prevail over human rights.

Other pressing human rights issues are the humane treatment of refugees, Aboriginal reconciliation, Child Protection, and a

I will continue to make referrals to the Small Business Support line, a free Australian Government Initiative.

I have a strong commitment to fairness and real choice in industrial relations, Welfare To Work, the maintenance of Community and Public Housing and effective pathways for home ownership by none millionaires? Are fees and charges unreasonable?  Should negative gearing be phased out?

Child support payments should be re-calculated with an increased component to the primary carer.

Single parents should have their pensions restored. Lame apologies can’t compensate for the cruelty.

All MPs should take an immediate 20 percent cut in salary.

The Minister who claimed to be able to live on $30 a day should have left Parliament.

I support a Bill of Rights and the extension of anti-vilification law to the gay and lesbian community and to single parents.

At local, state and federal levels, I have long seen the need for better planning, rather than ad-hoc, opportunistic and environmentally inappropriate decision-making. I participated in local and state community organisations for many years, my overwhelming experience being that resident groups are better planners than bureaucrats.

I advocate the streamlining of the planning process and a more genuine incorporation of residents’ input within a national vision for a cosmopolitan Sydney that recognizes environmental characteristics and has an integrated plan for social needs and ecological sustainability.

Public open space is the highest social priority for the remaining foreshore areas. We need an end to the procrastination and stagnation, after decades of community action, inquiries, consultations and reports.

I oppose all environmentally insensitive over-developments including the Lend Lease proposal, at Barangaroo , and further west, theTigers and Carrier sites, the dryboat storage facility, and Bailey’s. I seek pollution control on existing port functions and I oppose the granting of new long leases until there is master plan for all the innerwest bay areas.

I believe that the Cruise Terminal facility should have stayed at Darling Harbour. This was the best position for cruisers, residents and business.

I support federal and state funding for regional open space and I disapprove of the last minute electoral funding frenzy that thwarts careful consideration of allocations and planning. I oppose short term desalination plant. Stormwater capture and utilization is a superior and sustainable technology.

I oppose the M4 unless it and all transport tunnels are fully filtered and  prioritise public transport and cycle ways. I support integrated urban public transport systems and a fast train link between major cities.

I support the establishment of a second airport away from densely populated suburbs, petrochemical and industrial plants.

To reduce ad hoc processes and increase the funding pool for sustainable and worthwhile projects and services, I support the cutting of government wastage, the capping of public electoral funding, the streamlining of bureaucracies and fixed three year term elections at all levels of government.

My teaching here and overseas in high schools, universities, Tafe and Corrective Services has crystallized my commitment to high quality, affordable education in Australia. I believe that public schools in New South Wales have the worst facilities I have seen outside of the third world, and that HECS needs to be reduced and capped to enable young Australians to achieve, without crippling debt, the levels of knowledge and skill the nation needs for prosperity, stability and sustainability. We need government funding to produce doctors, nurses, scientists and tradespeople and to develop, install and export technologies of renewable energy resources.

I propose a review of HECS funding and fees to ensure that students are not financially exploited or disadvantaged.

We need uniform quality at all levels of education. Institutions should not be pitted against each other for funding, and students should have guaranteed course duration.  Apprenticeships should be increased and

Existing institutions, such as teaching hospitals adjacent to a university should be protected from the encroachment of international entities.

Each primary school should have a feeder DET preschool and adequate playing grounds that are available for free use outside school hours.

All full time students should have free public transport including outside school hours.

Children of all ages should not be exploited as election props.  Politicians seeking to inspect schools must come outside school hours.