This election, high-end fashion designers, leading artists, environmental activist groups, production companies and actor/producers have teamed up to urge people to consider the environment and vote for the trees.

An initiative of The Dirt Witches, I VOTE FOR THE TREES is a creative campaign raising awareness about climate justice and the importance of the environment this election.

The Dirt Witches is a cross-disciplined collective of environmental and climate change activists.

“This election both major parties have remained silent about climate even though our country has been devastated by fires and floods,” says Dirt Witch, Lara Merrett. “Through I VOTE FOR THE TREES, we are asking people to connect with the issue and to make a difference with their vote. Our campaign is not about telling people who to vote for but it’s asking them to find out who is doing what, where.”

When you visit the I VOTE FOR THE TREES website you can learn how to vote for the trees by checking a handy Climate Action Score card that shows which federal leaders are really doing something about climate change.

As part of the I VOTE FOR THE TREES campaign, The Dirt Witches has also released a Romance Was Born x Tom Polo t-shirt collaboration and associated animation featuring Australian actor/producer Claudia Karvan as the voice of the tree. Both the t-shirt (which you can buy online) and the animation urge people to consider their vote this election.

For this campaign, the Dirt Witches have reclaimed a batch of recycled t-shirts destined for landfill and transformed them into a wearable work of art featuring Tom Polo’s distinctive illustration, made exclusively for this project. One hundred per cent of profits from all sales go directly towards supporting forest-protection groups across New South Wales through the Nature Conservation Council NSW. 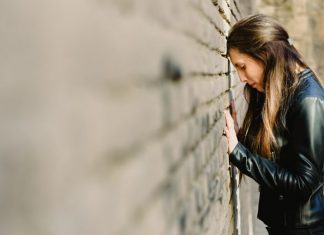