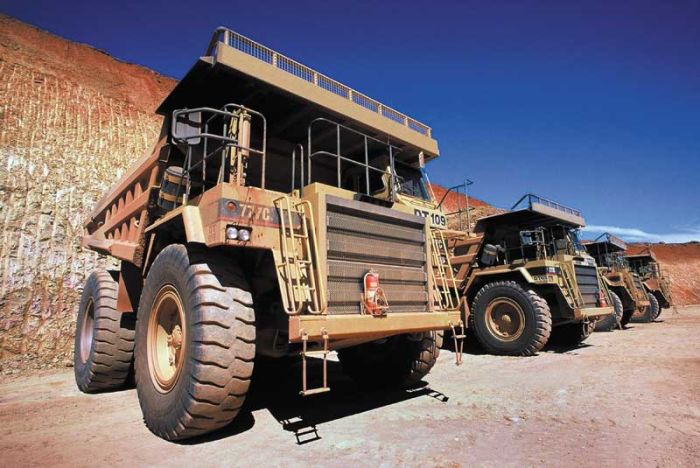 Organised by the inter-religious Faith Ecology Network, the Faith in Mining? event began with an acknowledgement of country led by Frances Bodkin, a D’harawal knowledge holder (Bidigal clans).

Paul Cleary, a writer with The Australian and an ANU public policy researcher, was the first keynote speaker. He spoke about the scale of the mining boom, the institutional factors that are shaping it, and its social and environmental consequences.  Author of several books, including the recently published Mine-Field: The Dark Side of Australia’s Resources Rush, Cleary said he was shocked at the “feeding frenzy” and “lack of long-term thinking” he encountered when he returned to Australia in late 2005 after serving as an advisor to the East Timorese government on resource sector governance. State governments have been “licensing mining projects like there is no tomorrow”, environmental assessment and monitoring are lax, and royalties are very low – for example, in NSW they are only half of what they are in Indonesia.

Next, Jacinta Green, a marine ecologist who is involved in the No Coal Seam Gas Mining in Sydney campaign and in the Lock the Gate Alliance, discussed the rapid expansion of coal seam gas mining in Australia and its ecological impacts in terms of habitat fragmentation, ground- and surface-water contamination, and the compromising also of agricultural land. “CSG extraction is not just happening ‘over there’ – it’s happening here”, said Green, referring to CSG exploration and extraction in the Sydney Basin.

Frances Bodkin then returned to the microphone, lamenting the consequences of unfettered mining – not only of minerals, but also of water and trees. “We care for the land for one simple reason. The land is our mother, the land is alive. We must accept what she gives us, not take,” said Bodkin.

The final keynote speaker was Uniting Church ecotheologian the Rev. Dr David Reichardt. “Religious dimensions have often bolstered the relentless pursuit of economic growth and resource extraction, claiming that the resources are given to humanity to exploit for its own benefit,” he said. Nonetheless, Reichardt emphasised that a more ecologically sensitive theology can contribute to efforts to live with greater appreciation and sensitivity on the planet’s most ecologically fragile continent.

An interfaith panel of five speakers followed, with each contributor offering brief insights from their respective religious traditions to counter exploitation and greed. Edwin Humphries spoke of Bahá’í teachings emphasising the oneness of humanity, and the need for economic systems based on altruism. Dr Balwant Singh similarly emphasised that Hinduism understands the whole world to be a family, and perceives the unity of all existence and the presence of God in all things. Jacqui Remond, director of Catholic Earthcare Australia, commented that mining is also metaphor for the exploitation and fragmentation that is happening in our own lives. Sadiq Ansari from the Islamic Sciences and Research Academy explained that in Islamic jurisprudence, there is a 20 per cent rate of taxation on resource extraction. Finally, environmental lawyer Melissa McCurdie talked about how Judaism insists the land is God’s, and that humans are only tenants.

Following a time of questioning of the keynote speakers and panelists, the event finished with table discussions, wherein all present reflected on the issues raised and shared suggestions for ways forward. Participants encouraged each other to take positive action – for example, through mindfully investing our superannuation and connecting with the No Coal Seam Gas Mining in Sydney campaign. Ideas for future interfaith events, such as a prayer vigil, were also canvassed.

I had arrived at the forum expecting points of disagreement in relation to a topic as politically charged as mining. Yet, in what was nevertheless a culturally diverse gathering, such disagreement was not apparent. Instead, there was an overwhelming sense of the need for Australia’s religious communities to engage with the escalating resource exploitation in this country – in the words of one of the panelists, “not to be bystanders, but to really make a positive contribution”.