Twenty-four years ago, there was an Active Women’s Exercise Class. When it closed down, the women concerned decided to share morning tea with each other on the second Saturday of each month.

Amazingly, this group still exists and the only people missing from it are two people who died and two who moved to live down the south coast of New South Wales.

Over the years, members of the group have been active in caring for each other in all sorts of ways. If people are away, someone has kept an eye on their house, or fed a pet.

When my partner was dying, they prepared a list of people who took it in turn to sit with her and hold her hand in the hospice where she was in care. They did this so I could rest and be comforted – just being with my partner regularly, but not every or all day. We cared for each other whenever there was some need.

As a Uniting Church Minister, and a person who worked in a national role before I retired, I observed the relationships between people in many congregations around the country. I was sad to see that some of them were fundamentally occupied with competing for power or judging each other.

Undoubtedly, if they experienced the life and relationships within our morning tea group, they could have learned much about being more truly faithful to their calling as the people of God, who are invited to love each other and the community around them.

The true followers of Jesus Christ could be setting an example for those around them to lift their hearts with hope and justice and true compassion. Let us pray that we can be witnesses to this profound calling. 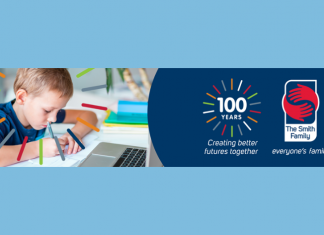