Smith-Carr, who was featured in the March issue of the SSH, has been chosen to dance as part of the performances for Corroboree Sydney in November. A new national festival, Corroboree Sydney is for all Australians to celebrate Aboriginal and Torres Strait Islander culture, and according to Sydney Opera House Chief Director Louise Herron is set to be “the largest Indigenous arts and culture festival in Australia’s history”.

Since the SSH last talked to Coby, who has achieved many sporting awards in water polo, swimming and dancing, she has been busy performing with the NSW Aboriginal Dance Company. Being one of only eight students to be selected from a number of Sydney high schools, Coby had the opportunity to learn inside tips on dance technique, performance and production from Bangarra Dance Theatre and Nederlands Dans Theater during a week-long work experience program.

“Meeting performers like Bangarra has made me so inspired to work harder so I can, maybe, be part of that one day,” she said.

Dance has proven to be the sport of focus lately for the teenager. Last April, Coby won the talent quest at the National Centre of Indigenous Excellence (NCIE) in Redfern as part of NAIDOC Day, with her performance of traditional and contemporary Aboriginal dance pieces. She also had the chance to perform in the Bangladeshi Culture Night, which was supported by NTV and SBS back in September.

“Just before I was about to perform they told me that they would be recording live and that it would be viewed worldwide which was exciting but a bit scary!” Coby said.

Most recently, Coby also had the opportunity to meet and greet Julia Gillard at the Sydney Opera House when the former prime minister was interviewed by feminist author Anne Summers.

Next up, Coby will see herself competing for the title of Champion Girl for South Sydney Region in Intermediates Physical Culture, with the finals being held in November at the Souths Juniors Leagues Club in Kingsford. “I know she can make Champion Girl, I’m confident in her,” said proud mother Toni.

About to start Year 11 at St Clare’s College, Coby realises that her studies will become more demanding. However, she says she will keep up her commitments to dance, water polo and swimming.

“It’s tough juggling sport and study. They both require a lot of commitment and it’s tough not to fall behind in my schoolwork now that the work is getting more difficult but I can manage!” 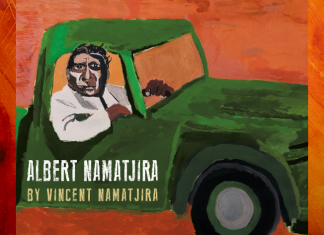 New religious discrimination bill will cause damage to Australian society that...

‘A Koala Christmas Countdown’ … join in!

Blak Markets back live on December 5