Cummings: ‘I can still do it’

From 1976 to 1981 Cummings was the lead singer of iconic rock band The Sports, following which he has pursued a fruitful and critically-acclaimed solo career – with records described as timeless, moving, funny and utterly unique.

One song, “Hot Dog”, performed with The Sports and which appears on his retrospective album Good Bones, was played twice at Camelot Lounge, including an encore. Cummings said he played “Hot Dog” with The Sports at the Settlement in Darlington many years before.

“The Settlement was where a friend, Paul Worstead, who lived in a factory in the area, worked as a social worker at an Indigenous youth centre. Paul did lots of artwork associated with the Tin Sheds up at Sydney University and did most of the posters and artwork for Mental as Anything.

“The Sports played at the Settlement monthly dance as did many of the alternative groups from Sydney.”

Cummings had a farewell tour last year. But he’s cancelled his retirement. “I found retirement a bit anticlimactic. I started feeling guilty reading so many books and watching so many movies!”

Cummings has written, “Whatever comes next is better than what went before. Nostalgia is death.”

After last month’s show he said, “I’m old but I can still do it”. Apparently there is to be a new album of self-penned country blues later this year. Until then, enjoy last year’s Prisoner of Love or the anthology A Life Is a Life. 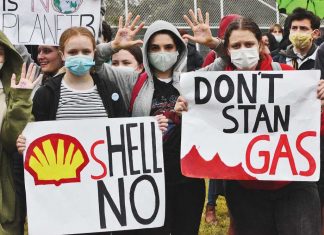