I was lucky a few months back to be in the council chambers of my local council, Randwick City Council, when they declared a climate emergency. It wasn’t long after the federal election so was the first time I’d felt some hope about political will and climate change or disruption.

I’m not a climate scientist but from what I have read it seems that the global temperature increases we have experienced in recent years are off the charts. They are far worse than many climate scientists had predicted. Plus, only following heating predictions doesn’t provide the full picture because the different tipping points related to global warming, such as the release of Artic methane and ocean acidification, need to be factored in. Once this is done any sense of a linear trajectory toward a distant unlivable level of heating is gone. The complex interactions between the multiple systems involved means that it is almost impossible to predict when a global climate catastrophe will happen but it will be soon. We are already living with the associated climate disruption, experiencing increasing droughts, fires and floods. So I have a real sense that what is currently happening, as a result of human-caused climate disruption, is an emergency.

I first came to the idea of climate disruption and collapse through the paper “Deep Adaptation: A Map for Navigating Climate Tragedy”, written by the English academic Jem Bendell, whose website also includes emotional support resources. In essence the Deep Adaptation view is that we are beyond remediating climate change and we now need to learn to deeply adapt to the near-term climate and societal collapse that is coming. In a similar vein, though with some differences, Extinction Rebellion is saying we are in a climate emergency that will lead to the extinction of the human race and many other life forms. However, if widescale global cultural change can happen in the next 10 years we can slow down climate and societal collapse. (See Extinction Rebellion’s short documentary, “Act as if the Truth is Real”.)

I know this is hard to hear and even harder to come to terms with, hence the growing field of climate psychology. While hope is always useful, right now I think what we most need is courage, because climate and societal collapse is unthinkable and trying to “think it” can initiate a time of grieving. I am still moving through my grief but if we can courageously “act as if the truth is real” then we can start investigating what needs to happen.

As predictions for the scale and timing of what is coming are uncertain it is difficult to make plans. To start, we might envision a world with depleted water sources as we are already seeing in Australia. The rising temperatures that are impacting food growing and supply will increase. Sea level rise, which has already created climate refugees, will worsen. The global financial system is currently impacted and predicted to fail, as are the transport and power systems we are familiar with in the West. All of this is already affecting people’s mental, emotional and physical health, adding to the increasing levels of stress, anxiety and depression and to the rise of extremism, violence and rightwing governments. This worsening situation is what we need to plan for, and while climate change remediation such as carbon capture and storage is a good thing, it isn’t enough and can distract from what needs to happen.

In essence we need to become resilient in the basics of life such as food, water, and shelter, and to quickly put alternative energy and transport systems into place. Things like large scale urban farms, rainwater harvesting and massive adoption of clean energy sources are a good place to start. However, these activities need to go hand in hand with building the strong, loving equitable communities required to facilitate a healthy measured transformation from our capitalist and consumerist society to one based on simplicity, social justice and equity. This transformation may include: relocalisation, distributed governance (such as Sociocracy), healthy communication and the use of practices that strengthen individual and collective self-awareness. The Transition Movement, Simplicity Institute, Steady State Economy and the Wellbeing Economy, Permaculture and the current work of David Holmgren, one of the creators of Permaculture, described in his book Retrosuburbia, are all good places to start. 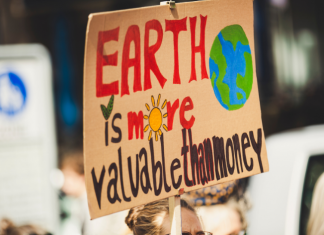 Faith groups: ‘Climate game plan must be for 2030’

Sydney’s broad highway out of lockdown must carry us all