Book – Secrets of a Waterloo Baker 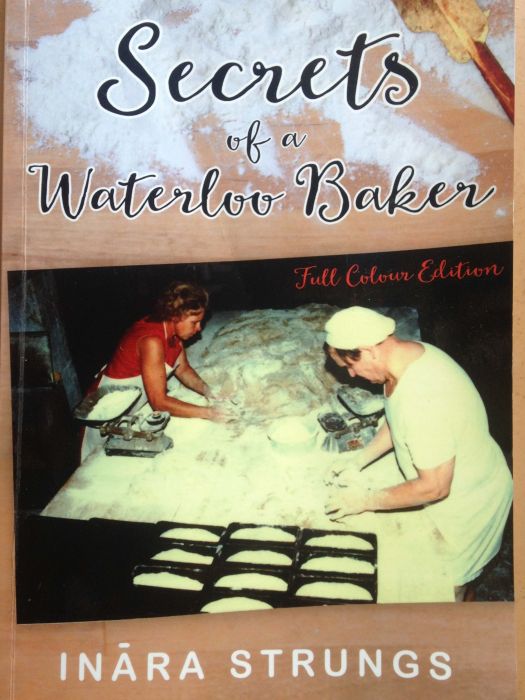 The best bread is made with skill, deliberation, concentration and a secret ingredient, which requires something beyond the all-important recipe. Somehow, Waterloo and its history provided the right place, Elma Bakery, and the right atmosphere for the making and baking of delicious bread.

To demonstrate this point, the author takes us on a circular tour of Waterloo starting at the new Green Square station, recalling all the historic events which have given their names to the surrounding streets. Strungs also includes more recent events such as the “green bans”, which saved much of the area from over-development in 1973. She quotes the green bans song, “Under concrete and glass, Sydney’s disappearing fast, It’s all gone for profit and for plunder,” which we might well sing at the present time.

Her father took over the Elma Bakery in 1970, and for 21 years, it was the place where beautiful black rye bread and sweet and sour bread was made. At the end of 1991, the bakery closed and the land was ear-marked for redevelopment. The bakery is commemorated in Bakery Park, at the end of Cains Place, off Raglan Street, which was once a vacant lot behind the bakery where her mother planted trees, many of which still exist.

This book is a great commemoration of the history of Waterloo, of the baking of perfect bread, of the old Latvian culture brought to Australia by this family, and an example of how migration has enriched our nation.

And the secret ingredient, needed in all our human endeavours to bring them to excellence, is revealed in the final chapter. Good reading!