Captain Maddie Studdon (centre) with the victorious Women’s NSW Blues. Photo: NRL PhotosThe Maroons pack was bigger, the Blues backs a little quicker. Across the park the standard of play was excellent. Possession was even. Both teams completed their sets with minimal errors. The game had all the spirit and passion you’d expect of an Origin clash.

Props to prop Simaima Taufa for a mighty defensive effort (30 tackles) as well as most run metres (187). The newly-signed Rooster tore a muscle in her hip playing for local club side Mounties in May – sidelining her for the Harvey Norman National Championships – and threatening to derail her Origin dream. Taufa’s Origin performance drew praise from Phil Gould in commentary for Channel Nine and Blues coach Ben Cross, who gave her the coach’s award.

A huge defensive play from the Blues gave them the first opportunity of the match, but a scrum play went wrong and Kelly’s pass to winger Nakia Davis-Welsh was put down with the try-line in sight.

The ball was forced free in the following set and the Blues attacked down the left side again. This time they were successful with Kelly finishing off a set play and scoring the first ever Women’s State of Origin try.

Queensland hit straight back, with Maroons captain Karina Brown on the receiving end of a pass by Brittany Breayley and scoring in the corner.

NSW set up for a clinical right-to-left shift that went almost the width of the field. With plenty of work to do, Davis-Welsh beat two defenders and stepped in-field to score and give the Blues a 10-6 lead.

A classy show-and-go by Ali Brigginshaw locked up the scores again. She created a gap for herself and then passed for Brown to score her second try.

The moment of the match came with just five minutes to play when a Studdon kick was charged down. With a fresh set of six, NSW spread it right to Kelly who burst through multiple defenders to score.

One of five Rabbitohs in the Blues squad, Lavina O’Meally told the SSH: “The atmosphere was so electric. We couldn’t hear ourselves speak! I had to run over to Maddie [Studdon] to tell her what play was on!”

Studdon, who resigned from her job as a stevedore to focus on football, told online forum Players Voice: “The women’s game is growing and we’re getting a little bit more money into it now. We’re very thankful for that. We’re continuing to pave the way for women who have already made sacrifices like I just had to; selling their cars, getting loans, losing their jobs as well. I’ve seen how hard it has been for them …”

Studdon is looking forward to the inaugural NRL Women’s Premiership later this year (she will play for the Roosters).

“It’s a pathway to the very top of club rugby league, a whole new level for the women’s game. It begins with four teams [Sydney Roosters, St George-Illawarra Dragons, Brisbane Broncos and New Zealand Warriors], which means each side will be stacked with talent and show off our game at its best.

“Maybe one day I’ll get to play NRL footy for the South Sydney Rabbitohs, where my dad Chris and uncle Tony both played. The red and green has been in my heart from the beginning – right back to when I first played rugby league at four years old for the mighty Mascot Jets.” 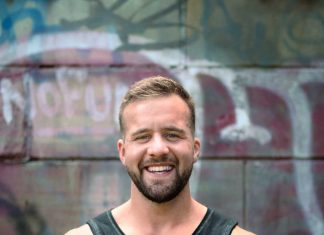