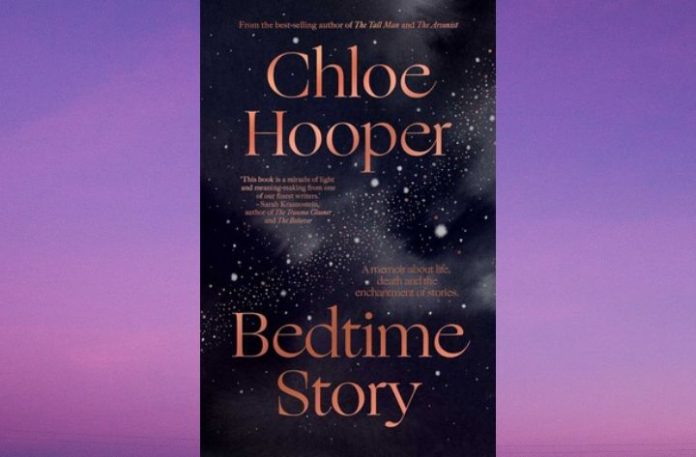 In The Arsonist, Chloe Hooper’s gripping non-fiction account of the Black Saturday bushfires, she pulls off what would seem to be almost impossible – creating empathy for someone who is so heinous as to deliberately light the fires which killed 11 people and destroyed an already impoverished part of rural Victoria. In that piercing investigation, she considers the capability of someone who does not fully understand the ramifications of their actions and the role of the police and the judicial system in eventually bringing the perpetrator to trial.

In Bedtime Story, her subject is much more personal, but she observes the details of her experiences with the same intensity. After her partner, journalist Don Watson, is diagnosed with an aggressive cancer, Hooper is faced with telling their two young sons that their father is dying.

As an avid reader and accomplished writer, Hooper reflects upon the stories she knows where children face death – from fairy tales, myths and legends to the narratives of C.S. Lewis and Ursula Le Guin. Addressed primarily to her eldest son, Hooper’s love for her partner and children shine through her chronicling the effects of Watson’s (successful) treatment on him, their family and herself.

The book also features beautiful nuanced drawings by Anna Walker, which illuminate many of the moods of the text and its ideas, which are ultimately about how we tell stories to define and explain ourselves and our relationship with the universe.

Eventually, Hooper recognises how she has created another new story for her sons to read in the future and that they will respond to these memories and her recording of these experiences very differently as they continue to define themselves and their identities.

Bedtime Story is a moving story about love and the power of literature.