Fresh from a hugely successful World Cup, Cate Campbell claimed the 50m Freestyle for the London Roar team as one of four Australian winners at the ISL’s London leg. London Roar teammate Atherton was the standout on the opening night of the star-studded two-day meet, claiming the 200m Backstroke event just 0.02 of a second outside the world record. She backed up from her 200m heroics to also claim the 50m Backstroke.

Poolside revamp
Attendance at the Prince Alfred Park pool grounds has increased since the recent revamp. This inner-city pool was originally opened in 1958 but was derelict by 2004 when the City of Sydney (CoS) commissioned a redesign. When rebuilt, it won the Medal for Landscape Architecture at the 2013 NSW AILA Awards. Recently CoS leased it to Professional Swim Management, which is also responsible for Boy Charlton Pool at the Domain. The nine-lane pool is heated, averaging 21 degrees, but being outdoors the water is refreshing. The accompanying large expanse of lawn is great for children to play on and for a good read. The pool offers learn-to-swim and stroke-correction classes.

Spaniards claim the Davis Cup
Rafael Nadal admitted he gave everything to lead Spain to its sixth Davis Cup success late last month, defeating Canada in the final in Madrid. Nadal’s 6-3, 7-6 (9/7) victory over Denis Shapovalov confirmed another triumph for Spain after Roberto Bautista Agut had earlier seen off Felix Auger-Aliassime 7-6 (7/3), 6-3.

“I played one of the toughest possible opponents at the end of a long and difficult week, physically too because I put into this whole event all the energy that I had inside me,” said Nadal. “Honestly, it’s the perfect end to the season for all of us. We know how difficult it is to win this and how difficult it will be to win it again. We knew we had to convert this opportunity.” 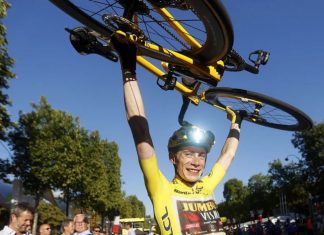