A community to believe in

Some time ago, those of us who organise the articles in this paper decided that its faith column should be “interfaith”. Although the SSH is published by a Christian congregation, we felt it was important to encourage respect for people of various faith and wisdom traditions, not least that we might learn from each other.

Those of us who had travelled the world through different countries realised that religious identity it as much a product of history and culture as it is a matter of choice. If we explored the beliefs of the people of a particular country, even in a relatively simple way, we often noticed things which that faith had in common with our own – particularly beliefs about the nature of God.

None of this meant we should not feel free to hold onto our own faith, but rather that we could be open to learn more widely what it meant to us and what we could receive from others. We could see that the nature of faith often invites in believers a strong commitment to particular perceptions regarding the nature of God and how that God calls us to live. Those commitments have often been made central to our faith by a divine representative, such as Jesus of Nazareth for Christians, Abraham for Jews or Mohammad for Muslims.

Members of each faith who are known as “fundamentalists” are not normally open to even hearing what other faiths believe or why they act. In fact, they are likely to strongly condemn people within their own tradition who disagree with them. This, of course, makes them refuse to learn anything from more radical people within their own tradition, let alone members of other traditions, and really puts limiting boundaries on what they believe.

If, on the other hand, we recognise that the faith to which we belong is most often that which is predominant within our home country, we must ask ourselves how that can mean that our particular faith is superior and more true than that of people who live in other countries.

Why would our God simply choose a particular country in which to live and to convert its inhabitants? Why would that particular God decide to relate to people who had been part of various empires over the centuries – for example, the countries who had been conquered or discovered by Anglo-Celtic people?

Why would the Christian God and the way we non-Indigenous people in Australia understand that God mean that we have nothing to learn from the Indigenous people here, whose spirituality and religious practices have developed over 60,000 years?

None of this is to suggest we should be converted into another faith if we move into a new place or country. However, it may invite the idea that we can often gain some new depths or creativity in our understanding of reality if we relate respectfully to people of another faith, and they may do the same if they relate to us. We may also understand that it is well worth exploring more deeply who people of other faiths are and why they take particular stands as we form our community together. It could even become a richer form of community for us all.

We may even open doors of love and care – and new belief. 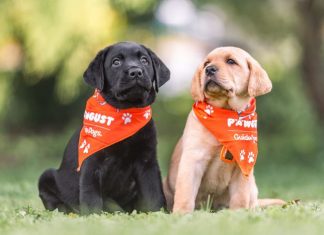 Get walking with your four-legged friend this PAWGUST